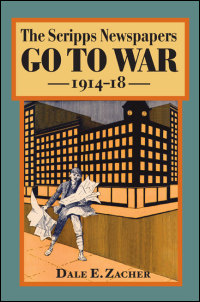 Zacher's account delves into details inside a major newspaper operation during World War I and provides fascinating accounts of its struggles with competition, attending to patriotic duties, and internal editorial dissent. Zacher also looks at war-related issues, considering the newspapers' relationship with President Woodrow Wilson, American neutrality, the move to join the war, and fallout from disillusionment over the actuality of war. As Zacher shows, the progressive spirit and political independence at the Scripps newspapers came under attack and was changed forever during the era.

Dale E. Zacher is an assistant professor in the School of Mass Communication at the University of Arkansas, Little Rock.