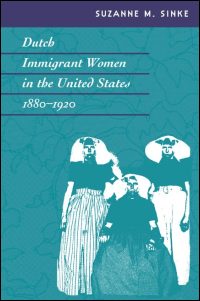 In this deftly researched ethnographic portrait, Suzanne M. Sinke skillfully adapts the concept of social reproduction to examine the shifting gender roles of tens of thousands of Dutch Protestant women who crossed the Atlantic from 1880 to 1920 to make new homes in the United States.Examining the domain of the home as well as the related realms of education, religion, healthcare, and worldview, Sinke discerns women's contributions to the creation and adaptation of families and communities, pointing out how they differed from those of men. Through Sinke's articulate and captivating descriptions of real women, the statistical evidence comes to life, providing valuable and heretofore unexamined views on the international marriage market, language shifts, the acquisition of American customs, the church's role in adaptation, and the shifting economies that allowed women to work outside of the home. A parallel analysis of the United States and the Netherlands as developing welfare states provides a fascinating look at what Dutch immigrant women left behind compared to what they faced in America regarding healthcare, education, and quality-of-life issues.

Lively and absorbing, the stories of these women's lives are told largely in their own words as preserved in personal letters and diaries. Supplemented by photographs and accounts from archived interviews and Dutch American newspapers, each chapter includes an in-depth portrait of one Dutch immigrant woman and multiple examples from the lives of others. Effectively giving voice to the women who shaped Dutch American culture, Dutch Immigrant Women in the United States, 1880-1920 is an important and groundbreaking contribution to immigration and women's history.

Sinke's study focuses on cultural, social, and linguistic choices made by Dutch Protestant immigrant women who arrived in the United States during the Great Migration era. . . . [Her] excellent study provides a historian's view of women's roles in language maintenance and shifts in one immigrant community...of great value for scholars and educators..."-- International Journal of Bilingual Education and Bilingualism

"This book both expands our knowledge about a particular group of women and enhances our ability to think well about the interaction of ethnicity and race, class, age, and religion in the experience of female immigrants. . . . Sinke describes her subjects' lives in a series of concentric circles beginning with family ties. In each arena of life, her portrayal is shaped by her conceptualization of the women's activities as social reproduction." --American Historical Review