Presenting religion as journalism's silent partner, From Yahweh to Yahoo! provides a fresh and surprising view of the religious impulses at work in contemporary newsrooms. Focusing on how the history of religion in the United States entwines with the growth of the media, Doug Underwood argues that American journalists draw from the nation's moral and religious heritage and operate, in important ways, as personifications of the old religious virtues.

Underwood traces religion's influence on mass communication from the biblical prophets to the Protestant Reformation, from the muckraker and Social Gospel campaigns of the late nineteenth and early twentieth centuries to the modern age of mass media. While forces have pushed journalists away from identifying themselves with religion, they still approach such secular topics as science, technology, and psychology in reverential ways. Underwood thoughtful analysis covers the press's formulaic coverage of spiritual experience, its failure to cover new and non-Christian religions in America, and the complicity of the mainstream media in launching the religious broadcasting movement.

Doug Underwood is a professor of communication at the University of Washington. His books include Chronicling Trauma: Journalists and Writers on Violence and Loss and The Undeclared War between Journalism and Fiction: Journalists as Genre Benders in Literary History. 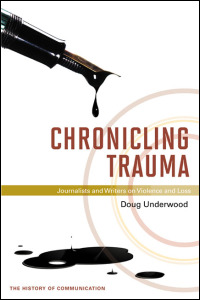 Co-winner of the Society for the Scientific Study of Religion Book Award, 2003.