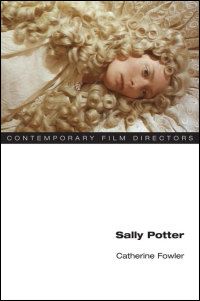 This survey of Sally Potter’s work explores her cinematic development from the feminist reworking of La Bohème in Thriller to the provocative contemplation of romantic relationships after 9/11 in Yes. Catherine Fowler traces a clear trajectory of developing themes and preoccupations and shows how Potter uses song, dance, performance, and poetry to expand our experience of cinema beyond the audiovisual.

Potter has relentlessly struggled against predictability and safe options. Again and again, her works grapple with the complexities of being a woman in charge. Instead of the quest to find a romantic partner that drives mainstream cinema, Potter’s films feature characters seeking answers to questions about their sexual, gendered, social, cultural, and ethnic identities. They find answers by retelling stories, investigating mysteries, and traveling and interacting with people. At the heart of Potter’s work is a concern with the ways narrative circumscribes women's ability to act, speak, look, desire, and think for themselves. Her first two films, Thriller and The Gold Diggers, largely deconstruct found stories, clichés, and images. By contrast, later films like Orlando and The Tango Lesson create new and original narratives that place female acts, voices, looks, desires, and thoughts at their center.

Fowler’s analysis is supplemented by a detailed filmography, bibliography, and an extensive interview with the director.

Catherine Fowler is an associate professor of film at the University of Otago and the coeditor of Representing the Rural: Space, Place, and Identity in Films about the Land.