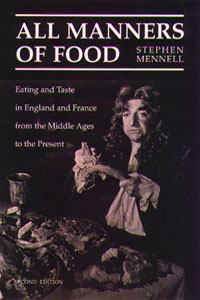 All Manners of Food

So close geographically, how could France and England be so enormously far apart gastronomically? Not just in different recipes and ways of cooking, but in their underlying attitudes toward the enjoyment of eating and its place in social life. In a new afterword that draws the United States and other European countries into the food fight, Stephen Mennell also addresses the rise of Asian influence and "multicultural" cuisine.

Debunking myths along the way, All Manners of Food is a sweeping look at how social and political development has helped to shape different culinary cultures. Food and almost everything to do with food — fasting and gluttony, cookbooks, women's magazines, chefs and cooks, types of foods, the influential difference between "court" and "country" food — are comprehensively explored and tastefully presented in a dish that will linger in the memory long after the plates have been cleared.

"Valuable not only because it covers a vast territory but because it draws together the threads of many other disciplines. . . . Mr. Mennell draws attention to the extraordinarily varied influences that shape society s response to food."--Bridget Ann Henisch, New York Times Book Review

"Fascinating. The waters Mr. Mennell has chosen to explore are deep, the cross currents complicated, and the undertow fierce. He has coped admirably and his book will be regarded as a milestone in the field of culinary history."--Claire Clifton, The Literary Review

"Stephen Mennell lays out for our pleasure, edification, amusement and despair the parallel development of eating and taste of France and England . . . from the Middle Ages to the present day."--Jane Grigson, Country Life

"An astonishing scholarly compilation of everything one man can know about food, eating and table manners in England and France."--Paul Levy, The Observer

Stephen Mennell, professor of sociology at University College Dublin, Ireland, is the author of Norbert Elias: Civilisation and the Human Self-Image and The Sociology of Food and Eating. 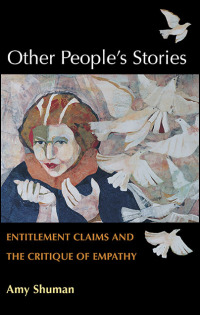