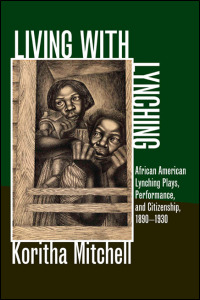 Living with Lynching: African American Lynching Plays, Performance, and Citizenship, 1890–1930 demonstrates that popular lynching plays were mechanisms through which African American communities survived actual and photographic mob violence. Often available in periodicals, lynching plays were read aloud or acted out by black church members, schoolchildren, and families. Koritha Mitchell shows that African Americans performed and read the scripts in community settings to certify to each other that lynching victims were not the isolated brutes that dominant discourses made them out to be. Instead, the play scripts often described victims as honorable heads of households being torn from model domestic units by white violence.

In closely analyzing the political and spiritual uses of black theatre during the Progressive Era, Mitchell demonstrates that audiences were shown affective ties in black families, a subject often erased in mainstream images of African Americans. Examining lynching plays as archival texts that embody and reflect broad networks of sociocultural activism and exchange in the lives of black Americans, Mitchell finds that audiences were rehearsing and improvising new ways of enduring in the face of widespread racial terrorism. Images of the black soldier, lawyer, mother, and wife helped readers assure each other that they were upstanding individuals who deserved the right to participate in national culture and politics. These powerful community coping efforts helped African Americans band together and withstand the nation's rejection of them as viable citizens.

The Left of Black interview with author Koritha Mitchell begins at 14:00.

An interview with Koritha Mitchell at The Ohio Channel.

"[Mitchell] shows how performing lynching plays in community spaces allowed African Americans to actualize the various subjectivities . . . that lynchings sought to expunge. This book is required reading for understanding the ways in which narrative and performance have been central to challenging white oppression as well as (re)imagining black identity in America. Highly recommended."--Choice

"An emphatic push to change how we understand, write about, and teach the phenomenon of lynching."--H-SHGAPE

"Mitchell expertly brings in critical approaches from literary and performance studies to show how concepts such as 'circulation' and 'impact' held different meaning for citizens trying to survive traumatic events. . . . Her study offers significant new insights into a key historical movement and provides a model of academic scholarship."--American Historical Review

"Offers cogent insights into the cultural work of creative expression in a context of racial violence."--The Journal of American History

"If ever a lynching book could be described as beautiful, it would undoubtedly be Mitchell's for the gracious way she takes care to read, generously and meticulously, all that she sees and hears (as well as what she does not see and hear) when she enters the homes that these characters have struggled to build for themselves."--Signs

“Mitchell offers a cogent example of how African Americans deployed theater and performance to engage in quotidian acts of survival, belonging, self-affirmation, and citizenship that were not solely contingent on protesting white violence.”--MELUS

“These dramatic works examined by Koritha Mitchell represent a body of literature that spoke directly to the horror of lynching and its immediate and long-term effects on African American families and communities. . . . An intriguing book.”--The Journal of African American History

"Mitchell's Living with Lynching is thoroughly researched and exquisitely written. It is timely and a necessary read for anyone committed to repurposing historical African American strife for reconstruction and celebration."--Spectrum

"In addition to unearthing an underexplored archive of black women's writing, Mitchell engages with one of the central problematics of feminist and critical race theories: the ethics of representing atrocity. Essential Reading."--Legacy

"Impressively researched and powerfully argued, this first full-length critical study of lynching drama shows the ways that these plays galvanized dynamic conversations about the racialized politics of privacy, citizenship, patriotism, and gender roles in American culture. Living with Lynching is a tremendously illuminating work that breaks new ground in theater and performance studies, African American literary history, and women's and gender studies."--Daphne A. Brooks, author of Bodies in Dissent: Spectacular Performances of Race and Freedom, 1850–1910

"This vivid book makes a major contribution to the literature on lynching in the U.S. by excavating an under-examined archive of black dramatic responses to it. Offering a new and convincing periodization of lynching drama, Mitchell moves beyond the best known texts to illuminate a range of plays diligently retrieved and scrupulously interpreted. Living with Lynching is a testament to the endurance of black life in the face of social death."--Tavia Nyong'o, author of The Amalgamation Waltz: Race, Performance, and the Ruses of Memory

Koritha Mitchell is an associate professor of English at The Ohio State University. 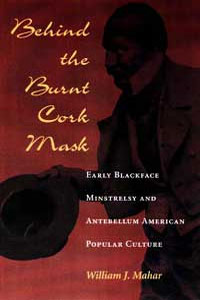 Behind the Burnt Cork Mask 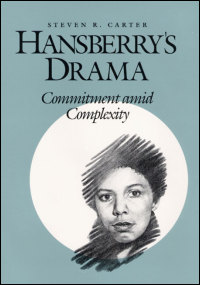