The fascinating life story of the writer and her times

The eldest daughter of a Chinese mother and British father, Edith Maude Eaton was born in the United Kingdom in 1865. Her family moved to Quebec, where she was removed from school at age ten to help support her parents and twelve siblings. In the 1880s and 1890s, Eaton worked as a stenographer, journalist, and fiction writer in Montreal, often writing under the name Sui Sin Far (Water Lily). She lived briefly in Jamaica and then settled in the United States, where she published her one book, Mrs. Spring Fragrance.

Annette White-Parks offers the first full-length biography of the woman now remembered as North America's first published Asian writer. White-Parks reveals an author who defied the in vogue style of "yellow peril" literature to show Chinatowns and their inhabitants as complex, feeling human beings. Her insider's sympathy focused in particular on Chinese American women and children. Confronted with social divisions and discrimination, Sui Sin Far experimented with trickster characters and irony, sharing the coping mechanisms used by other writers who struggled to overcome the marginalization forced on them because of their race, gender, or class.

"Superbly researched, thoughtfully reasoned, and beautifully written. Will be the foundation for all future work on Sui Sin Far."--Elizabeth Ammons, author of Conflicting Stories: American Women Writers at the Turn into the Twentieth Century

Annette White-Parks is an associate professor of English at the University of Wisconsin-La Crosse and coeditor of Mrs. Spring Fragrance and Other Writings. 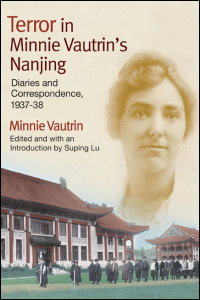