One hundred twenty-year-old classic in vegetarianism. A compendium of writings against flesh-eating by writers ranging from Plato to Schopenhauer, Ovid to Thoreau.

“Now we can join Gandhi and Tolstoy and nameless others who encountered this vigorous and invigorating book. Welcome to a company of radicals who believed we could and should stop eating non-human animals. They brought vegetarianism out of history and into the here and now.” -- from the introduction Ethical vegetarianism is no recent development, as this unrivaled historical anthology dramatizes. When it was first published 120 years ago, countless people read and endorsed The Ethics of Diet. But then it became a rare book, hard to find even in libraries. For countless more readers, it is at last available again. In this classic of vegetarian writing, Howard Williams presents a line of thought, a continuous thread, a tradition, a catena of protestation against living on “Butchery.” What he finds striking is the variety of the witnesses, the prophets of “Reformed Dietetics” who have “shrunk from the régime of blood,” including Gautama Buddha, Pythagoras, Plato, Hesiod, Epicurus, Seneca, Ovid, Thomas More, Montaigne, Mandeville, Pope, Voltaire, Swedenborg, Wesley, Rousseau, Shelley, Byron, Lamar-tine, Michelet, Bentham, Sinclair, Schopenhauer, and Thoreau. Their words are accompanied by the vigorous narrative voice of Williams himself, who put to rest, once and for all, the idea that vegetarianism is a fad. 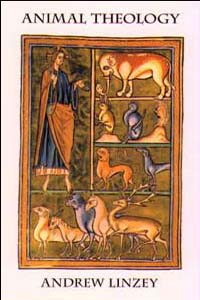 Animals on the Agenda

Questions about Animals for Theology and Ethics