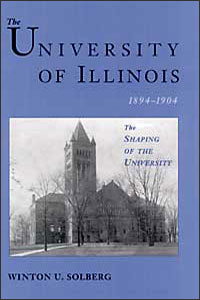 The distinguished historian Winton U. Solberg presents a detailed case study of one institution's transformation into a modern American university.

The years 1894 to 1904 mark the stormy tenure of Andrew S. Draper as president of the University of Illinois. Draper, a successful superintendent of schools with no college or university experience and no credentials as a post-secondary administrator, presided over many crucial improvements in the university's physical plant, curricula, and other areas. However, he failed to infuse the university with a spirit of cohesion, and his term as president was fraught with conflict. From his inauguration on, the autocratic Draper collided with deans and faculty who opposed both the substance of his changes and the manner in which he presented and implemented them.

This volume closely examines the Draper years from the perspectives of faculty, students, and administrators. Solberg outlines the administrative, faculty, staff, and physical infrastructure. He also reveals a vibrant and varied student life, including a whirl of social activities, literary societies, intercollegiate debate and athletics, hazing, religion, and increasingly prominent fraternities.

A sharply delineated and detailed picture of a university in transition, The University of Illinois, 1894-1904 traces the school's shift from an institution known primarily as a training ground for engineers to a full-fledged university poised to compete on the national level.

"Meticulously researched and extremely well written, this latest volume allows readers to understand 'the big picture' by continually putting the history of the University in the context of what was happening across the country to other states and their publicly-funded schools. At the same time, Solberg provides reams of wonderful trivia . . . about what life was like on campus at the end of the nineteenth and the beginning of the twentieth centuries. Any serious student with an interest in either American popular culture of the history of higher education in the United States will be fascinated. Anyone who cares about the University of Illinois will appreciate this volume and the massive amounts of information that it contains. No serious library should be without a copy." -- M. Paul Holsinger, Journal of the Illinois State Historical Society

"A gem, tracing the evolution of the UI in its years of critical development. . . . [An] eminently readable book." -- Tom Kacich, The News-Gazette

"This book and its companion volumes are important contributions to the scholarly history of American higher education because they are comprehensive, thorough, and offer information about an institution that is generally recognized as one of the more important public universities in the United States." -- William Edward Eaton, Journal of Illinois History 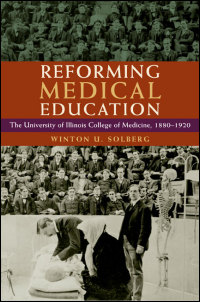 The University of Illinois College of Medicine, 1880-1920 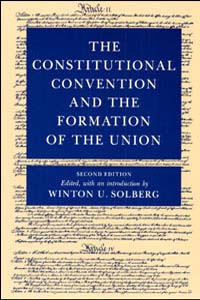 The Constitutional Convention and the Formation of the Union

Edited by Winton U. Solberg 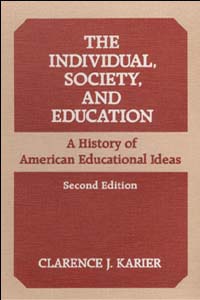 The Individual, Society, and Education

A History of American Educational Ideas