John Lasseter and the rise of Pixar Style

Celebrated as Pixar's "Chief Creative Officer," John Lasseter is a revolutionary figure in animation history and one of today's most important filmmakers. Lasseter films from Luxo Jr. to Toy Story and Cars 2 highlighted his gift for creating emotionally engaging characters. At the same time, they helped launch computer animation as a viable commercial medium and serve as blueprints for the genre's still-expanding commercial and artistic development.

Richard Neupert explores Lasseter's signature aesthetic and storytelling strategies and details how he became the architect of Pixar's studio style. Neupert contends that Lasseter's accomplishments emerged from a unique blend of technical skill and artistic vision, as well as a passion for working with collaborators. In addition, Neupert traces the director's career arc from the time Lasseter joined Pixar in 1984. As Neupert shows, Lasseter's ability to keep a foot in both animation and CGI allowed him to thrive in an unconventional corporate culture that valued creative interaction between colleagues. The ideas that emerged built an animation studio that updated and refined classical Hollywood storytelling practices--and changed commercial animation forever.

"Neupert does an excellent job of analyzing the aesthetics, storytelling, technology, and business involved in the production of Lasseter's works, in so doing offering a rich context for his dissection of Lasseter's lighthearted films. Highly Recommended."--Choice

"Richard Neupert's monograph provides an insightful analysis of the career and artistry of John Lasseter, the most successful and influential animation auteur in the world today. Neupert casts Lasseter as a new sort of collegial auteur who not only embodies his ideas in the films he writes and/or directs but also infuses them in the other films made by Pixar and Disney. At the same time, he fosters a communal creative atmosphere among his colleagues where everyone’s ideas and suggestions are taken seriously. Neupert further expands auteur studies by examining in detail how media reporting and critiques (as well as Lasseter's own comments in interviews and conference presentations) have helped construct John Lasseter for the industry and for the public at large as a genius, an auteur, and even the avatar of Pixar and, by extension, of CGI animation in general."--Richard J. Leskosky, past president, Society for Animation Studies

"John Lasseter is one of the most important figures in contemporary film history—this book explains how that came to be. It focuses on his student films from CalArts, Pixar shorts, commercials, and features, setting them in a broad context and including analysis of the works as well as discussion of their technical components. Richard Neupert's research includes interviews of key figures as well as a thorough survey of reviews and critical commentary. The author's understanding of technology adds to the full picture of Lasseter, the Pixar studio, and the development of computer animation as a whole."--Maureen Furniss, author of Art in Motion: Animation Aesthetics

"The scholarship here is just extraordinary. This is not the kind of gushing fan hagiography that we so often get in the writing about animation. Rather, this is an incredibly nuanced historical work, one that provides a model for all writing about directorial careers, as well as an industrial history of the first order."--Eric Smoodin, editor of Disney Discourse: Producing the Magic Kingdom

"Just as John Lasseter is more than a director, Neupert's volume is much more than a director study. While knowledgeably surveying the history of computer animation, it offers a thorough background on Pixar's development, keen insights into Lasseter's style, and an appreciation of his creative leadership at the largest media and entertainment company, Disney."--J. P. Telotte, author of Animating Space: From Mickey to Wall-E

Richard Neupert is the Charles H. Wheatley Professor of the Arts in the Department of Theatre and Film Studies at the University of Georgia. His books include French Animation History and A History of the French New Wave. 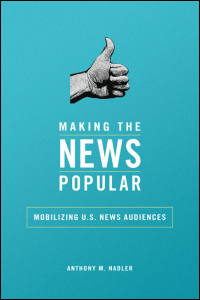