With its rich mix of cultures, European influences, colonial tensions, and migration from bordering nations, Ecuador has long drawn the interest of ethnographers, historians, and political scientists. In this book, Jean Muteba Rahier delivers a highly detailed, thought-provoking examination of the racial, sexual, and social complexities of Afro-Ecuadorian culture, as revealed through the annual Festival of the Kings. During the Festival, the people of various villages and towns of Esmeraldas--Ecuador's province most associated with blackness--engage in celebratory and parodic portrayals, often donning masks, cross-dressing, and disguising themselves as blacks, indigenous people, and whites, in an obvious critique of local, provincial, and national white, white-mestizo, and light-mulatto elites. Rahier shows that this festival, as performed in different locations, reveals each time a specific location's perspective on the larger struggles over identity, class, and gender relations in the racial-spatial order of Esmeraldas and of the Ecuadorian nation in general.

"Kings for Three Days is a valuable, even important, study of the contrasting and changing nature of ritual. This is a salutary lesson that anthropologists can apply to every aspect of culture, not to ritual alone."--Anthropology Review Database

"Jean Muteba Rahier expertly uses a local expression of the Catholic celebration of Epiphany to examine the evolution of socioeconomic dynamics in rural Afro-descendant communities in Ecuador's coastal providence of Esmeraldas."--Journal of Latin American Studies

"A welcome book for teaching undergraduates about important issues among communities little known outside their own circumstances. . . .Recommended."--Choice

"A very interesting and thought-provoking treatment of the relationship between social and economic changes and their symbolic manifestations."--American Anthropologist

"A captivating and informative study of the Roman Catholic Feast of the Three Kings as celebrated in two Ecuadorian towns. Rahier gathers extremely rich observations, described in minute detail and finely illustrated, and the book sheds new light on Ecuadorian race and gender relations with great flashes of analysis."--Kris Lane, author of The Colour of Paradise: The Emerald in the Age of Gunpowder Empires

"An important contribution to analyses of ritual and performance in terms of history, race, and gender. Rahier departs from the recent emphasis on transnationalism and makes a strong argument for the importance of studying the performance within specific local contexts."--Rachel Corr, author of Ritual and Remembrance in the Ecuadorian Andes

Jean Muteba Rahier is an associate professor of anthropology and the director of the African & African Diaspora Studies Program at Florida International University. He is the coeditor of Global Circuits of Blackness: Interrogating the African Diaspora. 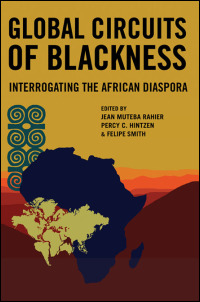