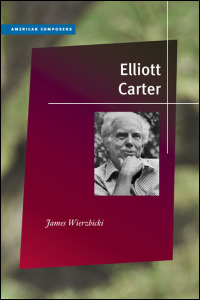 A revealing portrait of a living legend of American classical music

This compact introduction to the life and works of composer Elliott Carter provides a fresh perspective on one of the most significant American composers of the twentieth and twenty-first centuries. A leading voice of the American classical music tradition and a two-time winner of the Pulitzer Prize for Music, Carter was initially encouraged to become a composer by Charles Ives, and he went on to learn from Walter Piston at Harvard University and Nadia Boulanger in Paris. Drawing on Carter's voluminous writings and compositions, James Wierzbicki provides a clear discussion of Carter's evolving understanding of musical time and the influence of film on his work. Celebrating his 100th birthday in 2008 by premiering a number of new compositions, Carter has been a powerful presence on the American new music scene, an important connection to American music's foundational figures, and a dynamic force in its continuing evolution.

"Thoroughly researched and accessible to the lay reader, the book will intrigue readers who wish to deepen their appreciation of this legendary composer."--Library Journal

"A gratifying success. The story of Elliott Carter's life and work is succinctly told and is one that specialists and non-experts alike can read with great profit."--Arnold Whittall, author of Exploring Twentieth-Century Music: Tradition and Innovation

"The most complete picture of Carter's early life and career to date. Wierzbicki shows more clearly than anyone else how Carter's temporal techniques evolved over the course of his career."--Anne C. Shreffler, coeditor of Elliott Carter: A Centennial Portrait in Letters and Documents

James Wierzbicki teaches musicology at the University of Sydney, Australia, and is the author of Film Music: A History and Louis and Bebe Barron's Forbidden Planet: A Film Score Guide. 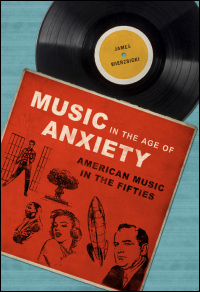 Music in the Age of Anxiety

American Music in the Fifties