In Romantic Complexity, Jack Stillinger examines three of the most admired poets of English Romanticism--Keats, Coleridge, and Wordsworth--with a focus on the complexity that results from the multiple authorship, the multiple textual representation, and the multiple reading and interpretation of their best works.

Specific topics include the joint authorship of Wordsworth and Coleridge in the Lyrical Ballads, an experiment of 1798 that established the most essential characteristics of modern poetry; Coleridge's creation of eighteen or more different versions of The Ancient Mariner and how this textual multiplicity affects interpretation; the historical collaboration between Keats and his readers to produce fifty-nine separate but entirely legitimate readings of The Eve of St. Agnes; and a number of practical and theoretical matters bearing on the relationships among these writers and their influences on one another.

Stillinger shows his deep understanding of the poets' lives, works, and the history of their reception, in chapters rich with intriguing questions and answers sure to engage students and teachers of the world's greatest poetry.

"His intriguing interrogations open up realms of scholarship, and his treatments are authoritative and convincing."--Choice

"This collection will please and inform readers. It is a sampler of the best of Stillinger, illustrating the critical consequences of fine editorial observations and modeling how seamless literary editing and literary analysis can be."--Keats-Shelley Journal

"This enjoyable and engaging volume collects pieces from across a long and distinguished career, usefully gathering between hard covers several old familiars as well as a few less expected things."--Keats-Shelley Review

"Jack Stillinger helpfully brings together in Romantic Complexity a selection of his most important critical writings from the past three decades. . . . This book gives us several opportunities to ponder the relationship of Romantic scholarship to broader technological and cultural change."--1650-1850: Ideas, Aesthetics and Inquiries in The Early Modern Era

“Stillinger’s signature style and major strengths are in evidence in this collection. . . . [He] is still asking major questions, identifying central problems, and providing illuminating, sensible answers and solutions for students and professors of Romantic literature.”--Studies in Romanticism

“A highly engaging read, full of arresting (and often quirky) insights, entertaining classroom reminiscence, and impressive scholarship that is the fruit of five decades’ sustained attention to the poets concerned.”--Forum of Modern Language Studies

“The essays assembled for Romantic Complexity show Jack Stillinger working and writing through a half century of critical conversation, often in the thick of controversies. At each turn he has not just addressed the major, most urgent questions; he has shaped the discussion with erudite intelligence, textual rigor, bracing skepticism, and exemplary generosity. His students and colleagues will welcome Romantic Complexity as ‘the best of Stillinger’ on a wide range of concerns, but especially on the three poets who have focused his sharp regard, loving attention, and professional enthusiasm.”--Susan J. Wolfson, professor of English, Princeton University

Jack Stillinger is Center for Advanced Study Professor of English, emeritus, at the University of Illinois, Urbana-Champaign. He has published twenty-six earlier books, most recently Reading "The Eve of St. Agnes": The Multiples of Complex Literary Transaction. 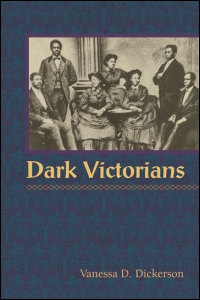