Today's popular tassa drumming emerged from the fragments of transplanted Indian music traditions half-forgotten and creatively recombined, rearticulated, and elaborated into a dynamic and sophisticated musical genre. A uniquely Indo-Trinidadian form, tassa drumming invites exploration of how the distinctive nature of the Indian diaspora and its relationship to its ancestral homeland influenced Indo-Caribbean music culture.

Music scholar Peter Manuel traces the roots of neotraditional music genres like tassa drumming to North India and reveals the ways these genres represent survivals, departures, or innovative elaborations of transplanted music forms. Drawing on ethnographic work and a rich archive of field recordings, he contemplates the music carried to Trinidad by Bhojpuri-speaking and other immigrants in the early twentieth century, including forms that died out in India but continued to thrive and evolve in the Caribbean. His reassessment of ideas of creolization, retention, and cultural survival defies suggestions that the diaspora experience inevitably leads to the loss of the original culture, while also providing avenues to broader applications for work being done in other ethnic contexts.

"A definitive study of diverse musical traditions among the Indian communities of Trinidad, Suriname, Guyana, and the U.S. Manuel offers a descriptive/historical study based no extensive fieldwork. . . . Although he has published in this area previously, there are no comparable books. . . . no one else could have written such a comprehensive and clear study. Recommended."--Choice

"Of great value to scholars and students of both Caribbean and Indian music, as well as to individuals with a general interest in diaspora studies."--Journal of Folklore Research

"An ambitious study of diaspora dynamics with significant implications for contemporary understandings of Indo-Caribbean identity and musical traditions, national identity in Trinidad, Guyana, Suriname, and Fiji, and the concept of diaspora itself. Timely and relevent in its topic, scope, observations, and conclusions, it fills a gap in the extant literature on Indo-Caribbean musical traditions, specifically with regard to tassa drumming. . . . Tales, Tunes, and Tassa Drums is destined to be well-received and much consulted in the years to come."--Notes

"In Tales, Tunes, and Tassa Drums Peter Manuel investigates the concepts of retention and invention in underexplored musics of the Indo-Caribbean diaspora that have only been briefly studied in previous ethnomusicological research. . . . A captivating read for anyone interested in music in the Caribbean and diaspora studies more generally."--Latin American Music Review

"Peter Manuel's book is therefore a welcome addition to the existing Indian historiography of the Caribbean. . . . Manuel uses mainly an ethnographic approach to support his analyses, essentially visiting and participating in events relating to Bhojpuri music in India, the Caribbean (mainly Trinidad) and the Indo-Caribbean North American diaspora. This approach has produced one of the most compelling books on Indo-Caribbean music. . . . Manuel must be commended for producing this important scholarship on music in the Caribbean in particular, as well as India and the Indian diaspora in general."--Ethnomusicology Forum

"Manuel distinguishes himself by remaining clear-headed with his analysis, elegantly using apolitical musical analysis to inform discussion of long-standing social tensions between Indian-and African-Trinidadians without getting bogged down in unnecessary details. . . . Tales, Tunes, and Tassa Drums is thoughtful and witty while demonstrating a depth of knowledge that no other author could achieve."--Western Folklore

"The author is careful not to over-generalize, looking at each example in comparative contexts before making any broad theoretical claims. The work is provocative and will be a welcome addition to the literature on Indian diasporic music."--Frank J. Korom, author of Hosay Trinidad: Muharram Performances in an Indo-Caribbean Diaspora

"A truly significant contribution. . . . The focus on under-theorized, flexibly handled, challengingly conceived if sometimes simple musical phenomena is much in keeping with Manuel's work throughout his career and this book is, in my view, a crowning achievement in that regard."--Richard Wolf, author of The Voice in the Drum: Music, Language, and Emotion in Islamicate South Asia

Peter Manuel is a professor of ethnomusicology at John Jay College and the Graduate Center of the City University of New York. His books include Popular Musics of the Non-Western World: An Introductory Survey and Caribbean Currents: Caribbean Music from Rumba to Reggae. 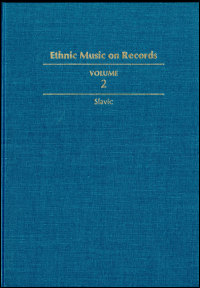 A Discography of Ethnic Recordings Produced in the United States, 1893-1942. Vol. 2: Slavic 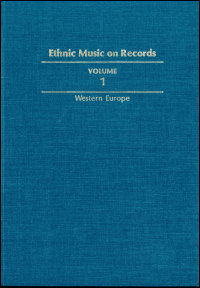 A Discography of Ethnic Recordings Produced in the United States, 1893-1942. Vol. 1: Western Europe 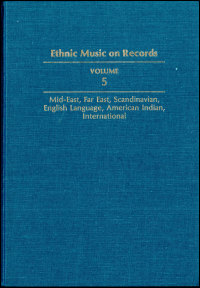 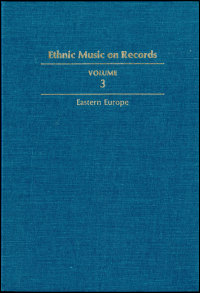 A Discography of Ethnic Recordings Produced in the United States, 1893-1942. Vol. 3: Eastern Europe 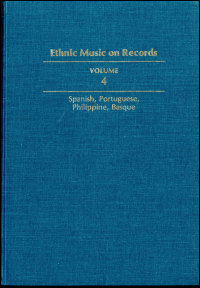