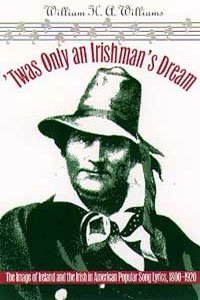 'Twas Only an Irishman's Dream

The Image of Ireland and the Irish in American Popular Song Lyrics, 1800-1920

Winner of the ASCAP Deems Taylor Award in the Pop Books category, 1997.

Over time, the image of the Irish in the United States changed from that of hard-drinking Paddies to genial working-class citizens.

In 'Twas Only an Irishman's Dream, William H. A. Williams traces the change in this image through more than seven hundred pieces of sheet music--popular songs from the stage and for the parlor--to show how Americans' opinions of Ireland and the Irish swung from one extreme to the other.

As Williams shows, sheet music's place as a commercial item meant it had to be acceptable to the broadest possible song-buying public. Negotiations about the image of the Irish and Irish Americans involved Irish songwriters, performers, and pressured groups on one side, and non-Irish writers, publishers, and audiences on the other. Williams ties the contents of song lyrics to the history of the Irish diaspora, revealing how societies create ethnic stereotypes and how such stereotypes evolve, and even disappear, from mainstream popular culture.

William H. A. Williams was a professor of history at the Union Institute and the University in Cincinnati. His books include Landscape, Tourism and the Irish Character: British Travel Writers in Pre-Famine Ireland, 1750-1850. 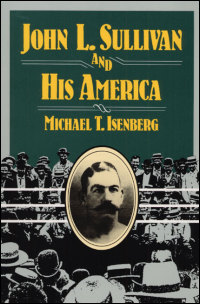