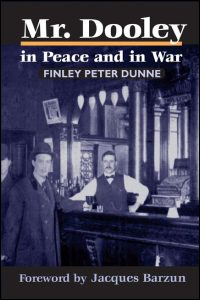 Mr. Dooley in Peace and in War

Welcome to Mr. Dooley's place, a neighborhood saloon in the working-class community of Bridgeport, located on Chicago's near southwest side. Here matters of the gravest import are perused with homespun philosophy and good cheer. Covering the waterfront from Mack's (President McKinley's) foreign policies and political appointments to the Alaskan gold rush and juvenile delinquency, Martin T. Dooley holds forth from behind the bar, benevolently dispensing equal portions of wisdom and comical misunderstanding.

As Charlie McCarthy is to Edgar Bergen, so is Martin T. Dooley to newspaper humorist Finley Peter Dunne. Mr. Dooley in Peace and in War, originally published in 1898, collects brief, humorous pieces Dunne wrote for the Chicago Evening Post and the Chicago Journal. In an Irish-American dialect as thick as the foam on a pint of stout, Mr. Dooley and his friends discuss the military "sthrateejy" for American action in Cuba, "iliction" day shenanigans, Queen Victoria's jubilee, the "new woman," and the strange American sport of football, in which a player puts "a pair iv matthresses on his legs, a pillow behind, [and] a mask over his nose" and tries to kill his fellow men. Through his tall tales and speculations, Mr. Dooley reveals the pleasure and pain of being Irish in Chicago at the turn of the twentieth century.

"It is a disgrace to American scholarship that [Dunne] is not studied, and thus republished and enjoyed on a par with Mark Twain and Ambrose Bierce." -- Jacques Barzun, From Dawn to Decadence 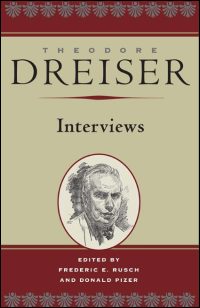