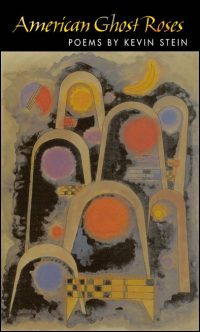 Recipient of a Society of Midland Authors award for poetry published in 2005 (2006).

In his first book as the poet laureate of Illinois, Kevin Stein shoulders an array of poetic forms, blending pathos, humor, and social commentary. These poems--ranging from meditative narratives to improvisational lyrics--explore art's capacity to embody as well as express contemporary culture. Stein embraces subjects as various as his father's death, magazine sex surveys, Kandinsky's theory of art, the dangling modifier, Jimi Hendrix's flaming guitar, racial bigotry, and a teacher's comments on a botched poem. Presiding over this miscellany are ghosts of a peculiarly American garden of dreamers and beloved misfits, those redeemed and those left fingering the locked gate.

"An honest and up-front approach to grief, these verses stir a resounding chord in the individual reader."--Wisconsin Bookwatch

"For fans of beauty, this volume is sure to prove gratifying."--Rain Taxi

"Kevin Stein has developed a particularly American late-modern way of fooling around to get at something deep and necessary ('Okay, death can mean being in the wrong place / at the right time, but mostly it's just time'). He has found his own way of exemplifying and confirming Lévi-Strauss's notion that artists 'shape the beautiful / and useful out of the dump heap of human life.'"--Edward Hirsch, winner of the National Book Critics Circle Award and president of the John Simon Guggenheim Memorial Foundation

"Never hermetic, Stein is one whose forces do not so much bridge as fuse varieties of cultural experience (high and low, sacred and profane) into union."--Donald Revell

“Kevin Stein's new collection is comprised of elegies-elegies of an unusual sort and of the highest order. Above all, these poems mourn the death of a father. But the poems are also an elegy for the baby-boomer generation and look back upon the 60s and 70s with a canny retrospection. Stein's writing is steeped in popular culture, yet Stein's haunted and affecting poetry scrupulously avoids the glib hymns to kitsch which have come to so afflict our verse. His ‘Search For Lost Time’ is conducted with honest self-appraisal and impeccable craft. American Ghost Roses is a superb book.”--David Wojahn

Kevein Stein is Illinois Poet Laureate and the Caterpillar Professor of English at Bradley University in Peoria, Illinois. He is the author of the poetry collections A Circus of Want, Bruised Paradise, and Chance Ransom, as well as the critical studies James Wright: The Poetry of a Grown Man, and Poets, Worldly Acts: Public and Private History in Contemporary American Poetry. 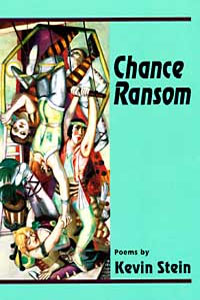 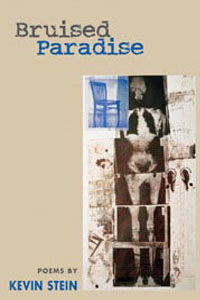