Civil Rights and Politics at Hampton Institute presents the story of how one of the preeminent—and historically conservative—private institutions of black higher education came to play an important part in the struggle for full racial equality. Hoda M. Zaki traces Hampton Institute’s progressive impact to its first black and alumnus president, Alonzo G. Moron, who used his office to launch a powerful and sustained attack against segregation.

A brilliant man, who was uncompromising in his beliefs about creating a more inclusive democracy, Moron struggled against conservative forces both outside of and within his own institution before his ouster by Hampton’s predominantly white governing board in 1959—just a year before the Greensboro sit-ins signaled the death knell for the segregationist era in which his institution had prospered. Hoda Zaki details the significance of Moron’s complicated career through discussions of his theories of citizenship education, his work in promoting equal rights as a mission for the college, and the political philosophy (as evidenced in his speeches) that he shared with other civil rights leaders of the era.

"Zaki provides a penetrating examination of his subject's philosophical, religious, and socio-political views. . . . We are fortunate to have this informative look at this pivotal man."--Virginia Magazine

Hoda M. Zaki is a professor of political science at Hood College in Frederick, Maryland. She is the author of Phoenix Renewed: The Survival and Mutation of Utopian Thought in North American Science Fiction, 1965-1985. 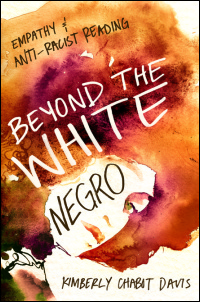 Writing and Teaching in the Spirit of Love