Contemporary Mormonism is the first collection of sociological essays to focus exclusively on Mormons. Featuring the work of the major scholars conducting social science research on Mormons today, this volume offers refreshing new perspectives not only on Mormonism but also on the nature of successful religious movements, secularization and assimilation, church growth, patriarchy and gender roles, and other topics. This first paperback edition includes a new introduction assessing the current state of Mormon scholarship and the effect of the globalization of the LDS Church on scholarly research about Mormonism.

"The ethnographic evidence presented in these essays, unlike survey research data, provides a vibrant view of the meaning and significance of Mormon culture and, thereby, stronger grounds for scholarly theorizing. . . . Students of the RLDS Church will find much of general interest, and several contributions to be of particular value."--John Whitmer Historical Association Journal

Marie Cornwall is a professor of sociology and former executive officer of the Society for the Scientific Study of Religion. She specializes in the study of family, gender, religion and social change. Tim B. Heaton is a professor and research associate at the Center for Studies of the Family. Lawrence A. Young, formerly an associate professor of sociology at Brigham Young University is now executive director of Southern Utah Wilderness Alliance. All three editors have contributed in varying ways to the development of a social scientific study of Mormonism.

The Angel and the Beehive

The Mormon Struggle with Assimilation 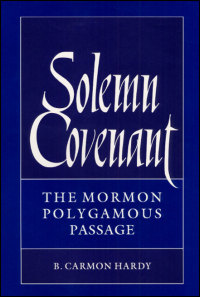