A wide-ranging history of Chicago sports

Chicago teams have won the World Series, Super Bowl, multiple Stanley Cups, and a string of National Basketball Association titles. But amateur sports also play a large role in the city's athletic traditions, especially in schools and youth leagues that allow people from across the city to add to Chicago sports history.

In Sports and Chicago, an all-star roster of experts focuses on multiple aspects of Chicago sports, including long looks at amateur boxing, the impact of gender and ethnicity in sports, the politics of horse racing and stadium building, the lasting scandal of the Black Sox, and the once-perpetual heartbreak of the Cubs. Illustrated with forty photographs, the collection encourages historians and sports fans alike to appreciate the long-standing importance of sports in the Windy City.

"An excellent collection of essays. . . . A useful addition to any library's sport collection."--Journal of Sport History

"A fascinating collection (ably illustrated with wonderful archival materials) and well worth reading."--Aethlon: The Journal of Sport Literature

"Bears, Cubs, Blackhawks, and Sox epitomize sports to most Chicagoans. This volume delivers this and much more. From the introduction of soccer by British immigrants and the racially integrated CYO teams to the forgotten legacy of Bronko Nagurski and the civic impact of sporting venues, Sports in Chicago takes readers beyond the Bull(s). A must-read for any fan of Chicago history."--Timothy J. Gilfoyle, author of Millennium Park: Creating a Chicago Landmark

"At the intersection of Chicago sports and history lies this gem of a book. Rich in lore, wisdom, and insight, it reaches back into the past beyond even Bronko Nagurski--and believe me, that's as big a reach as the Cubs winning the World Series. One difference, though: the Cubs don't always succeed; Sports in Chicago does."--John Schulian, former Chicago Sun-Times sports columnist

"Sports have their deepest meanings for local communities, and no city has a richer sports history than Chicago's. The Bears and the Cubs; the Black Sox and Bronko Nagurski; Soldier Field, Comiskey Park, and Wrigley Field; ethnic and racial neighborhoods and the Catholic Youth Organization--all made their mark on Chicago sports and on Chicago the city. This collection of essays is a fascinating photo album of that great city's great characters among its athletes and teams."--Michael Oriard, former NFL player and author of King Football: Sport & Spectacle in the Golden Age of Radio and Newsreels, Movies & Magazines, the Weekly & the Daily Press

Elliott J. Gorn is Joseph A. Gagliano Chair in American Urban History at Loyola University. He is the author of The Manly Art: Bare-Knuckle Prizefighting in America, co-author of A Brief History of American Sports, and editor of Muhammad Ali, the People's Champ. 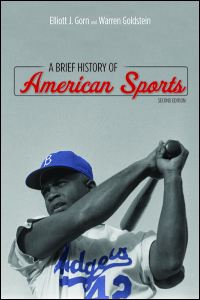 A Brief History of American Sports 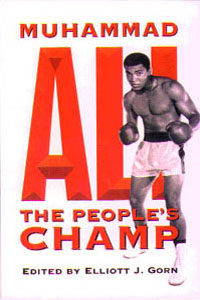 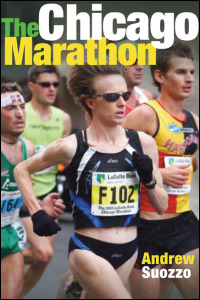