Author:
Edited and with an Introduction by Mari Jo Buhle and Paul Buhle
Pub Date:
May 2005
Pages:
504 pages
Dimensions:
6 x 9 in. 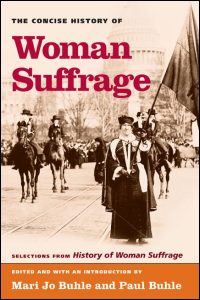 The Concise History of Woman Suffrage

The greatest hits of woman's suffrage, with notes and comments

The massive size of the original six-volume History of Woman Suffrage has likely limited its impact on the lives of the women who benefitted from the efforts of the pioneering suffragists. By collecting miscellanies like state suffrage reports and speeches of every sort without interpretation or restraint, the set was often neglected as impenetrable.

In Concise History of Woman Suffrage, Mari Jo Buhle and Paul Buhle have revitalized this classic text by carefully selecting from among its best material. The eighty-two chosen documents, now including interpretative introductory material by the editors, give researchers easy access to material that the original work's arrangement often caused readers to ignore or to overlook.

"This is an invaluable introduction to one of the pivotal moments of American history."--William H. Chafe, Duke University

"This reissue is great news for all who teach and want to learn about the history of American feminism. Every group of students to whom I have assigned it in the past has praised it for helping them grasp the details and nuances of the movement. Reading secondary works is important, but there is no substitute for the movement's original documents, and this intelligent selection from the original six-volume work makes reading them especially instructive."--Elisabeth Israels Perry, Saint Louis University 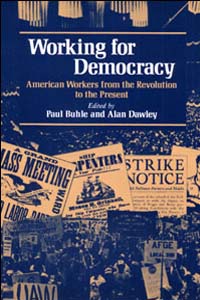 American Workers from the Revolution to the Present