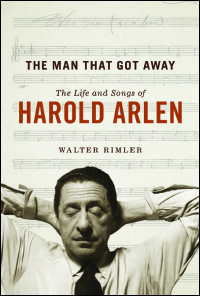 The Life and Songs of Harold Arlen

"Over the Rainbow," "Stormy Weather," and "One for My Baby" are just a few of Harold Arlen's well-loved compositions. Yet his name is hardly known--except to the musicians who venerate him. At a gathering of songwriters George Gershwin called him "the best of us." Irving Berlin agreed. Paul McCartney sent him a fan letter and became his publisher. Bob Dylan wrote of his fascination with Arlen's "bittersweet, lonely world."

A cantor's son, Arlen believed his music was from a place outside himself, a place that also sent tragedy. When his wife became mentally ill and was institutionalized he turned to alcohol. It nearly killed him. But the beautiful songs kept coming: "Blues in the Night," "My Shining Hour," "Come Rain or Come Shine," and "The Man That Got Away."

Walter Rimler drew on interviews with friends and associates of Arlen and on newly available archives to write this intimate portrait of a genius whose work is a pillar of the Great American Songbook.

"Mr. Rimler tells an important story, and he presents musical analysis of Arlen’s compositional style in nonacademic terms, so that all readers can grasp how inventive Arlen really was."--Wall Street Journal

"There is still room for a short, stylish book aimed at general audiences, and Walter Rimler's The Man That Got Away: The Life and Songs of Harold Arlen fills that bill as well as it could possibly be filled. The author . . . offers pithy and readable accounts of Arlen's personal and professional lives. If you want to know what Harold Arlen was all about, you'll find it here."--Terry Teachout,The Weekly Standard

"Required reading for those interested in American song. Recommended."--Choice

"An endearing yet clear-eyed assessment of Harold Arlen. . . . For lovers of the Great American Songbook and for anyone who ever dreamed beyond the confines of practicality."--Library Journal

"Rimler's study ensures that Arlen's story and his contributions to music will not be forgotten."--Publishers Weekly

"Reading Mr. Rimler's sympathetic but unflinching account of Arlen's travails gives one an enhanced admiration for his productivity and the grit and determination that enabled him to produce such jewels amid such turmoil."--Washington Times

"The title of Walter Rimler's study of songwriter Harold Arlen's life and work says it all! Yet, despite Arlen's elusiveness as a man and an artist, Rimler does a fine job of conveying an appreciation for and the context of the composer's memorable musical output. In meticulously researched, cool, readable prose, the author admirably recreates the historical milieu of Arlen's world, placing the composer in the context of the 20th century Broadway and Hollywood songwriting traditions."--Fanfare

"Walter Rimler's biography is not only chock-full of information, but with intimate, carefully researched, and heretofore unknown details, making it one of the most entertaining and readable portraits of the wizard Arlen--one of songdom's greatest composers--that has ever been written. This book does a remarkable thing--it allows words to describe music."--Martin Charnin, Tony Award–winning creator and director of Annie

"To the point, simple to grasp, and an engaging read. I was fully drawn to Arlen the man and Arlen the songwriter and by the end sad to relinquish his acquaintance."--Stephen Banfield, author of Jerome Kern

"Refreshingly down to earth. The Man That Got Away does what no other single volume has done: it combines a succinct account of Arlen's life with a nontechnical but useful description of his idiosyncratic songwriting style."--Larry Hamberlin, coauthor of Tin Pan Opera: Operatic Novelty Songs in the Ragtime Era

Walter Rimler is the author of George Gershwin: An Intimate Portrait and A Cole Porter Discography. 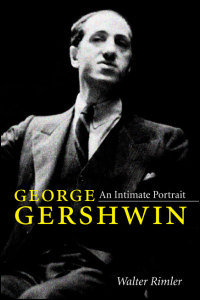