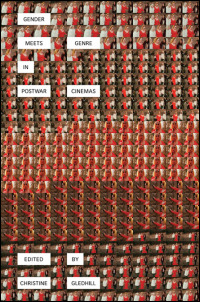 This remarkable collection challenges traditional ways of thinking about the relationship between gender and genre, understanding their meeting as a mutually transformative encounter. Responding to postmodernist conceptions of genre and postfeminist theories of gender and sexuality, these essays move beyond the limits of representation. Testing new thinking about genre, gender, and sexuality against closely analyzed films, they explore generic convention as putting into play what our culture makes of us, while finding in genre's repetitions infinite possibilities of cross-generic, cross-gender, cross-sex permutation. At the same time the aesthetic and emotional dimensions of gender and sexuality emerge as elements fueling the dramatic worlds of film genres, producing in the encounter new gendered perceptions, affects, and effects.

Recognizing the intensifying transnational context of film production and responding to postcolonial perspectives, this volume includes essays that explore the transformational transactions between gender and genre in the meeting between world-circulating Hollywood generic practices and American independent, European, Indian, and Hong Kong cinemas. Such revised concepts of genre and gender question taken-for-granted relationships between authorship and genre, between center and periphery, and between feminism and generic filmmaking. They consequently rethink the gendering of genres, filmmakers, and their audiences.

"These essays suggest that the dual conceits of genre and gender are no longer viable markers for how viewers watch films, and the traditional modes of identification have to be deconstructed in order to recognize this kind of spectatorial fluidity. Overall, this is an intriguing addition to the endless historiographical conversations that tie together its two subjects."--Film Matters

"A superb collection of essays representing an exceptionally high order of film scholarship: thoughtful, insightful, and well-written. With provocative insights and stellar contributors, the volume will be of great interest to students and scholars of cinema studies."--Virginia Wright Wexman, coeditor of Women and Experimental Filmmaking

Christine Gledhill is a visiting professor in cinema studies at the University of Sunderland. Her many works include Home is Where the Heart Is: Studies in Melodrama and the Woman's Film and Reinventing Film Studies, coedited with Linda Williams. 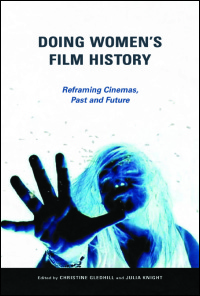