How two schools prepared women to modernize and reunify the South

Secondary-level female education played a foundational role in reshaping women's identity in the New South. Sarah H. Case examines the transformative processes involved at two Georgia schools--one in Atlanta for African American girls and young women, the other in Athens and attended by young white women with elite backgrounds.

Focusing on the period between 1880 and 1925, Case's analysis shows how race, gender, sexuality, and region worked within these institutions to shape education. Her comparative approach shines a particular light on how female education embodied the complex ways racial and gender identity functioned at the time. As she shows, the schools cultivated modesty and self-restraint to protect the students. Indeed, concerns about female sexuality and respectability united the schools despite their different student populations. Case also follows the lives of the women as adult teachers, alumnae, and activists who drew on their education to negotiate the New South's economic and social upheavals.

"The 125-page work, complemented by fifteen rare archival photos, is filled with insightful commentary on gender, class, and race in secondary education in Georgia around the turn of the twentieth century."--Atlanta Studies

"This work is a worthwhile addition to any undergraduate classroom and graduate seminar on the history of race, gender, and education in the New South."--H-Net Reviews

"Leaders of Their Race is a jewel. Case has produced an interesting, well-written, and thoroughly researched study. . . . This is also an important contribution to the study of women's history, African American history, the history of education, and New South history." --American Historical Review

"Sarah Case provides a compelling examination of how these two women's schools, though founded on different visions and skewed by race and class, were remarkably similar in the values they espoused. Grooming their students to be well-educated, modest and respectable, they hoped to prepare their young graduates to contribute to a new society in the South and epitomize the highest womanly virtues." --Southeastern Librarian

"This book is well-written and thoroughly researched. . . . The extensiveness of the documentation contributes to the appropriateness to the subject matter." --Journal of African American History

"Case has beautifully written a strong argument about the central purpose of these schools and how they compare, with emphasis on both similarities and differences. . . . Case has a strong sense of changes over time, even as she documents continuity."--Joan Marie Johnson, author of Southern Women at the Seven Sister Colleges: Feminist Values and Social Activism, 1875–1915

Sarah H. Case is a lecturer in the Department of History at University of California, Santa Barbara, and is managing editor of The Public Historian. 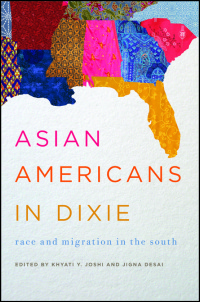