Winner of the Carr P. Collins Award, given by the Texas Institute of Letters. Winner of a Miss Ima Hogg Historical Achievement Award from the Center for American History's Winedale Advisory Council.

The never-before-told story of the folk music patriarch

John A. Lomax was an American original, a man of intellect, tireless ambition, visionary zeal, and vast contradictions. Perhaps best known as a pioneer American folklorist, he was also a successful businessman, an influential educator, and the patriarch of an extended family of artists, performers, and scholars whose work continues to influence American culture on both popular and academic levels.

Last Cavalier is the story of Lomax's long career, as colorful and lively as it was controversial. The book chronicles how this native Mississippian (although Lomax emphatically considered himself a Texan, having come to that state with his family as a child) collected folksongs on horseback, sold stocks and bonds, served at several major universities, lectured nationwide on many occasions, published a dozen books, helped legitimize comparative literature as an academic discipline, and played a major role in developing the Library of Congress's Archive of American Folk Song, now part of the American Folklife Center.

This first full account of Lomax's life relies on eight years of research through the Lomax family letters and papers and many interviews with those who knew him.

"A stunningly fair and objective portrait. Analytical, without being judgmental, Porterfield allows the 'facts' of Lomax's story to unfold themselves with narrative eloquence and perceptive grace."--Ron Pen, College Music Symposium

"One of the most brilliant yet overlooked American culture volumes of recent vintage."--San Francisco Examiner

"As long as we remember songs like 'Home on the Range' and 'Whoopee Ti Yi Yo,' the spirit of the West will live on in our hearts. Porterfield's illuminating and entertaining biography is a three-dimensional, warts-and-all look at the man we have to thank for it."-- Southwestern Historical Quarterly

"Here's something to sing about! . . . Nolan Porterfield has written an admirable study of one of America's earliest and greatest cultural heroes. Last Cavalier reveals the real man to whom we owe a lasting debt."--Dan Rather

"More than anyone else, John Lomax was responsible for introducing on a national scale America's folk voices. He collected songs from school children and saloon keepers, buffalo hunters and ranch hands. He introduced 'Home on the Range' in a Louisiana prison to the legendary songster Leadbelly. Historian Nolan Porterfield masterfully explores Lomax's long life: his complexity, industriousness, and temperament. Last Cavalier, a work of great understanding, chronicles America's folksong pioneer."-- Stephen Wade, creator of Banjo Dancing and On the Way Home

Nolan Porterfield (d. 2020) is the author of Jimmie Rodgers: The Life and Times of America's Blue Yodeler, winner of the ASCAP-Deems Taylor Award; A Way of Knowing, a novel that won the Best Texas Novel Award of the Texas Institute of Letters; and "Jimmie Rodgers on Record," a monograph and discography that accompanied a Smithsonian reissue of the music of Jimmie Rodgers and was nominated for a Grammy Award. 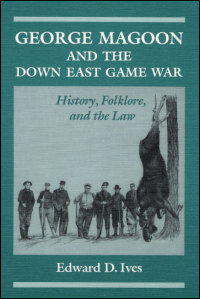 George Magoon and the Down East Game War

History, Folklore, and the Law 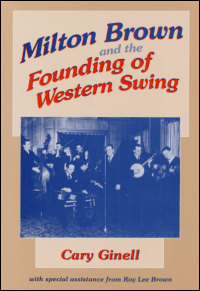 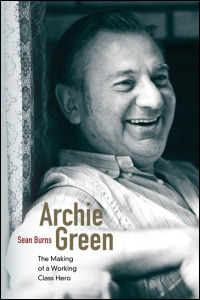 The Making of a Working-Class Hero 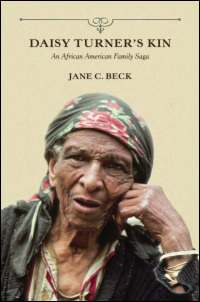