Starting in 2001, much of the world media used the image of Osama bin Laden as a shorthand for terrorism. Bin Laden himself considered media manipulation on a par with military, political, and ideological tools and intentionally used interviews, taped speeches, and distributed statements to further Al Qaeda's ends.

In Covering bin Laden, editors Susan Jeffords and Fahed Al-Sumait collect perspectives from global scholars exploring a startling premise: that media depictions of bin Laden not only diverge but often contradict each other, depending on the media provider and format, the place where the depiction is presented, and the viewer's political and cultural background. The contributors analyze the representations of the many bin Ladens, ranging from Al Jazeera broadcasts to video games. They examine the media's dominant role in shaping our understanding of terrorists and why/how they should be feared, and they engage with the troubling ways the mosaic of bin Laden images and narratives has influenced policies and actions around the world.

"This book is concerned with the presentation and interpretation of bin Laden, which is crucial. The assessments of some contributors may surprise younger readers, but those who are older will likely enjoy the details. Recommended."--Choice

"This is an important book, well suited for graduate studies--media studies or global media. Each chapter is interesting, insightful, and completely written--bringing a diverse wealth of knowledge on a contentious topic that elicits mixed reactions across civilizations."--Journalism and Mass Communication Quarterly

"Illustrates the details of the construction of the bridge between various communication fields [and] underscores the relationship among political players, the news media, and popular cultures. These connections are often talked about, but seldom with the sophistication found in this volume. . . . A thoughtful and valuable book."--Philip Seib, author of Real-Time Diplomacy: Politics and Power in the Social Media Era

"An extremely timely and important collection on a theme that has huge contemporary significance, both politically and from a communication/popular culture perspective."--Daya K. Thussu, author of News as Entertainment: The Rise of Global Infotainment

"This book beautifully unpacks the ways in which the global media displayed and narrated Osama bin Laden. It is an innovative and exciting analysis of the presumptions and investments that were central to the construction of bin Laden on the world stage. An important contribution to media studies and the history of the United States in a global context."--Melani McAlister, author of Epic Encounters: Culture, Media, and U.S. Interests in the Middle East since 1945 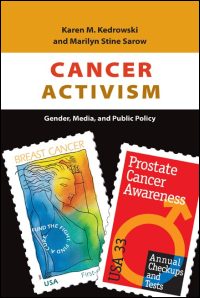