The art and craft of winemaking has put down roots in Middle America, where enterprising vintners coax reds and whites from the prairie earth while their businesses stand at the hub of a new tradition of community and conviviality.

In Local Vino, James R. Pennell tracks among the hardy vines and heartland terroir of wineries across Illinois, Iowa, Indiana, and Ohio. Blending history and observation, Pennell gives us a top-down view of the business from cuttings and cultivation to sales and marketing. He also invites entrepreneurs to share stories of their ambitions, hard work, and strategies. Together, author and subjects trace the hows and whys of progress toward that noblest of goals: a great vintage that puts their winery on the map.

"Pennell's book presents a nuanced look at the industry. It is sure to interest professional and casual readers alike."--Annals of Iowa

"James Pennell has written an interesting book, Local Vino: The Winery Boom in the Heartland, about a surprising phenomenon: the rapid growth of wineries in the Midwest of the United States in the last three decades."--Contemporary Sociology

"Over the past generation or so, wine has become part of life in the American Midwest--not only in restaurants and home kitchens, but also on farms and in vineyards throughout the region. In this book, James Pennell tells the story of how, and most important, why, this has happened. As with the vintners he profiles, his is clearly a labor of love."--Paul Lukacs, author of Inventing Wine: A New History of One of the World's Most Ancient Pleasures

James R. Pennell is a professor of sociology at the University of Indianapolis. He is also a lifelong musician and singer-songwriter who regularly performs in Central Indiana. 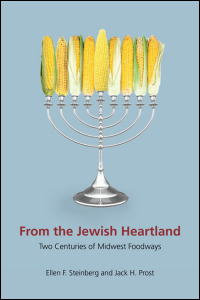 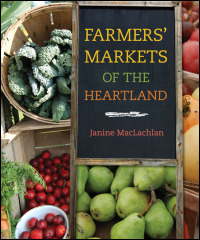 Farmers' Markets of the Heartland

How Corn Shaped the U.S. Heartland