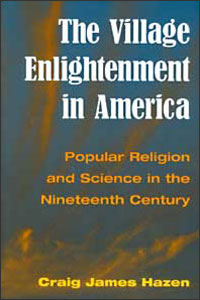 A fascinating investigation into how nineteenth-century religions attempted to justify their movements and beliefs by falling back on the “enlightened irrefutability” of science.

The Village Enlightenment in America focuses on three nineteenth-century spiritual activists who epitomized the marriage of science and religion fostered in antebellum, pre-Darwinian America by the American Enlightenment.

A theologian, writer, and apologist for the nascent Mormon movement, as well as an amateur scientist, Orson Pratt wrote Key to the Universe, or a New Theory of Its Mechanism, to establish a scientific base for the Church of Jesus Christ of Latter-day Saints. Robert Hare, an inventor and ardent convert to spiritualism, used his scientific expertise to lend credence to the spiritualist movement. Phineas Parkhurst Quimby, generally considered the initiator of the American mind-cure movement, developed an overtly religious concept of science and used it to justify his system of theology.

Pratt, Hare, and Quimby all employed a potent combination of popular science and Baconianism to legitimate their new religious ideas. Using the same terms--matter, ether, magnetic force--to account for the behavior of particles, planetary rotation, and the influence of the Holy Ghost, these agents of the Enlightenment constructed complex systems intended to demonstrate a fundamental harmony between the physical and the metaphysical.

Through the lives and work of these three influential men, The Village Enlightenment in America opens a window to a time when science and religion, instead of seeming fundamentally at odds with each other, appeared entirely reconcilable.

"Hazen's argument that the village Enlightenment emboldened persons to utilize science for the purpose of constructing religious systems opens up rich new ways of thinking about persisting themes in American religious thought. This is a fine and thought-provoking work." -- Robert C. Fuller, American Historical Review

"Excellent study of how some popular religious movements in the antebellum period in the nineteenth century made much of the 'scientific' character of their respective understandings of reality." -- Richard J. Mouw, Philosophia Christi 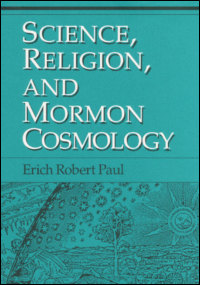