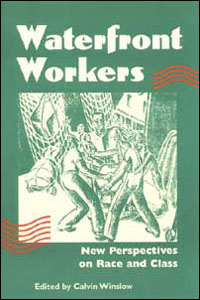 New Perspectives on Race and Class

Few work settings compete with the waterfront for a long, rich history of multi-ethnic and multiracial interaction. Irish dockers from Chelsea to Ashtabula to Tacoma labored side-by-side with African Americans, Poles, Germans, Scandinavians, and Italians. Eastern Europeans worked with the Irish and black workers in Philadelphia. Farther south, African Americans were the majority on the Baltimore waterfront in the 1930s. On the Pacific Coast, where laws excluded Chinese workers and African Americans remained relatively few in number until World War II, white dockers and longshoremen dominated. In Waterfront Workers, five scholars explore the complex relationships involved in this intersection of race, class, and ethnicity. Contributors: Eric Arneson, Colin Davis, Howard Kimeldorf, Bruce Nelson, and Calvin Winslow.

"Opens up some of the most significant questions in American labor and social history, including the struggle for control at the workplace and, even more important, the relationship between black and white workers and among various ethnic groups on the docks."--David Brundage, author of The Making of Western Labor Radicalism: Denver's Organized Workers, 1878-1905

Calvin Winslow is a history instructor at the Center for Worker Education, City College, City University of New York.