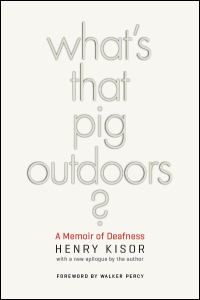 A Memoir of Deafness

Henry Kisor lost his hearing at age three to meningitis and encephalitis but went on to excel in the most verbal of professions as a literary journalist. This new and expanded edition of Kisor's engrossing memoir recounts his life as a deaf person in a hearing world and addresses heartening changes over the last two decades due to the Americans with Disabilities Act of 1990 and advancements in cochlear implants and modes of communication.

Kisor tells of his parents' drive to raise him as a member of the hearing and speaking world by teaching him effective lip-reading skills at a young age and encouraging him to communicate with his hearing peers. With humor and much candor, he narrates his time as the only deaf student at Trinity College in Connecticut and then as a graduate student at Northwestern University, as well as his successful career as the book review editor at the Chicago Sun-Times and the Chicago Daily News. Life without hearing, Kisor says, has been fine and fulfilling.

Widely praised in popular media and academic journals when it was first published in 1990, What's That Pig Outdoors? opened new conversations about the deaf. Bringing those conversations into the twenty-first century, Kisor updates the continuing disagreements between those who advocate sign language and those who practice speech and lip-reading, discusses the increased acceptance of deaf people's abilities and idiosyncrasies, and considers technological advancements such as blogging, instant messaging, and hand-held mobile devices that have enabled deaf people to communicate with the hearing world on its own terms.

"I love this book. It is witty, profound, and unself-pitying. It is the best account of growing up deaf since David Wright's Deafness."--Oliver Sacks, author of The Man Who Mistook His Wife for a Hat

Henry Kisor is a retired book review editor and literary columnist for the Chicago Sun-Times. He is the author of Zephyr: Tracking a Dream Across America and Flight of the Gin Fizz: Midlife at 4,500 Feet, as well as three mystery novels, Season's Revenge, A Venture into Murder, and Cache of Corpses. 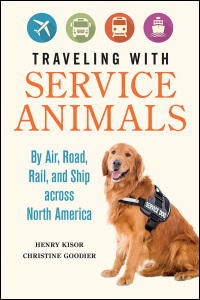 By Air, Road, Rail, and Ship across North America