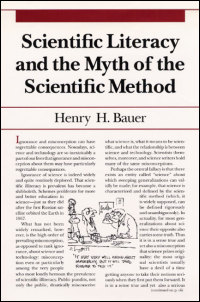 What is science? Is social science a science? Why are more and more so-called scientific discoveries being exposed as outright frauds? Henry Bauer tackles these and many more intriguing questions that are emerging from within the academic and scientific communities and attracting attention from the popular media and the general public.

Whether one is a specialist or generalist, scientist or humanist, thinker or activist, it is important to understand the place of science and technology in modern life. Popular views about the nature of science and scientific activity contain serious misconceptions that were discarded decades ago by most historians and philosophers of science. The perpetuation of these misconceptions usually surface in the form of frustrating and unproductive discussions about everything from setting policy and defining technical matters to whether one individual's point of view is "right" because it is supported by "scientific facts."

According to Bauer, the most serious and widespread misconceptions are that "science" can be discussed as though all sciences share a great deal in common and as though "the scientific method" characterizes all sciences. "Science," argues Bauer, "can be understood only if one recognizes it as a quest by fallible human beings who have evolved ways of interacting that help them gain relatively objective knowledge." In other words, science is a social activity, not simply the result of impersonal methods.

Concern has recently arisen over the quality of American education and our declining scientific and research orientation. Debates are emerging about what direction public universities should be taking as we head into the twenty-fist century. Why and to what extent should society support basic scientific research? What should everyone in a democratic society know about science? This book will help readers come to an informed understanding about the place of science and technology in today's world.

"Provocative. . . . Bauer argues that science does not proceed by the scientific method. If it did, experiments would inspire hypotheses which would then be tested until they generated reliable theories. As Watson and Crick's work [on DNA] shows, an elegant idea is often a headier lure than mere facts."--Newsweek

"Sound, sensible . . . and very easy to read. . . . I would strongly recommend this book to anyone who hasn't yet heard that the scientific method is a myth."--Science

"This is a book that every science teacher should read and consider. It will certainly affect their views of what science really is and influence their teaching."--The Science Teacher

"Bauer has undertaken to examine some widely held misunderstandings about how scientists work. . . . In describing these myths and exhorting his readers to abandon them, Bauer provides an excellent account of the main processes of modern science."--Journal of Scientific Exploration

Henry H. Bauer, professor of chemistry and science at Virginia Polytechnic Institute and State University, is the author of The Enigma of Loch Ness: Making Sense of a Mystery and Beyond Velikovsky: The History of a Public Controversy. 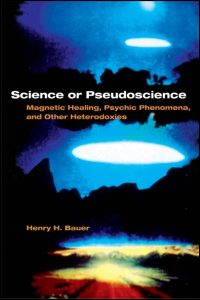