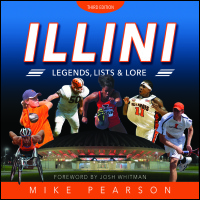 A fact-filled salute to over 130 years of athletic triumph

Updated and illustrated with more than 900 photos, the third edition of Illini Legends, Lists, and Lore chronicles the history of University of Illinois varsity athletics since its recognized beginnings in 1883. Red Grange and Tonja Buford, George Huff and the Flying Illini--Mike Pearson takes readers on a year-by-year journey, encapsulating the great events and transcendent athletes, heroes, coaches, administrators, and venues that make up Illini sports history. This new edition also includes expanded information on women's athletics and a new section on the university's athletes with disabilities. Finally, Pearson once again provides a revised treasure trove of statistics sure to settle old arguments and spark new debates.

Published as part of the university's sesquicentennial celebration, Illini Legends, Lists, and Lore puts orange and blue fans in the front row for over 130 years of sports thrills and human drama.

"Mike Pearson's book is one that every Illini should have on their shelf. It's a book that you can turn to any page and learn something you never knew."--Dana Howard, 1994 Butkus Award winner

"Mike Pearson’s anthology reminds me of what an honor it is to have represented the University of Illinois in the athletic arena. Every time I pick up my copy, I discover another golden nugget from some moment in the storied Illini history and I’m humbled to be one character in a well-documented narrative spanning 130 years. The legends, lists and lore bring depth and color to the rich heritage found in every sport on campus and each page invites me to celebrate the athletes, coaches, administrators, faculty, fans and community members who make up this diverse multi-generational family known as the Fighting Illini."--Nancy Thies Marshall, 1972 Olympian

"Only Mike Pearson, with his background and love for the university, could have imparted such depth and detail to the Illini story. It offers great insights beginning in the nineteenth century, and carrying through George Huff and Avery Brundage to the modern era with accompanying references to the university and the nation. Just a fantastic book."--Loren Tate

The Press gratefully acknowledges the support of the University of Illinois Division of Intercollegiate Athletics.

Mike Pearson is a freelance writer and video producer. He was Sports Information Director at the University of Illinois from 1989 to 1996 and has written the "Illini Legends, Lists & Lore" column for the News-Gazette since 1996. 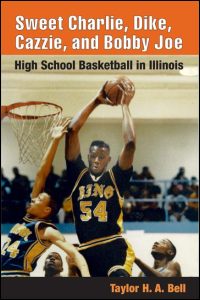 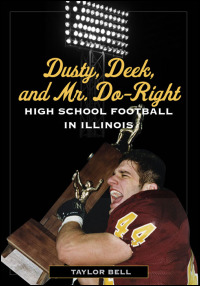