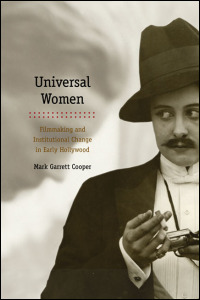 An incisive analysis of the early film industry's support, then rejection of women directors