"The Indian Ecumenical Conference began during the fall of 1969 as an experiment in grassroots organizing among native spiritual leaders. Conference founders believed the survival of native communities would hinge on transcending the antagonisms between tribal and Christian traditions--a problem as old as the European colonization of the Americas--and they hoped to cultivate religious self-determination among native people by facilitating dialogue, understanding, and cooperation between diverse tribal nations and spiritual persuasions."

"In unfolding the account of the Indian Ecumenical Conference, Treat forces the reader to abandon the long-held notion of the Red Power movement as a radical, confrontational, protest movement. Treat does a marvelous job in bringing out the issues involved in this period of Native American religious history."--American Studies International

"A magnificent job of excavating the history of the ecumenical conference and illuminating key personalities involved."--Journal of American History

"Treat has rescued an important area of Indian activism that has gone virtually unnoticed--the Indian Ecumenical Conference. Gathering scattered documents and conducting personal interviews, he presents an exciting history of efforts by traditional people to offer their own solution to modern social problems."--Vine Deloria Jr., author of Custer Died for Your Sins

James Treat is an associate professor of religious studies at the University of Illinois at Urbana-Champaign, and the editor of several books, including Writing the Cross Culture: Native Fiction on the White Man's Religion. 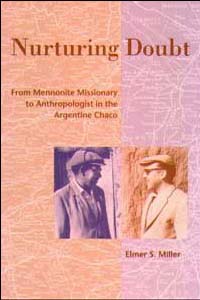 From Mennonite Missionary to Anthropologist in the Argentine Chaco