Scholars and performers have long noted J. S. Bach's abundant use of parody procedures, that is, the reworking of pre-existing material from his own compositions or from other sources. Laura Buch edits essays that reconsider parody, transcription, and adaptation in the sphere of the composer. The contributors delve into works of eighteenth-century composers from Bach himself to C. P. E. Bach and J. C. F. Fischer. But they also cast a wider net, investigating early twentieth century reworkings by Ferruccio Busoni and the ways Bach's music cross-pollinates with contemporary composer-performers John Lewis and the Modern Jazz Quartet, and keyboardist Bernie Worrell and Parliament-Funkadelic. The diverse contexts illuminate a broad range of techniques, from structural scaffolding and contrapuntal elaboration to integration with stylistic languages far removed from the Baroque.

An insightful look at how composers build on each other's work, Bach Reworked reveals how nuanced understandings of borrowing and adaptation both fuel musical innovation and contextualize historically informed performance.

"This intriguing collection casts new light on Bach’s influences and impact through illuminating case studies in how composers borrow, adapt, and rework music of their predecessors, spanning from Bach’s own reworkings to ways his music has infused modern jazz and funk."--J. Peter Burkholder, author of Charles Ives: The Ideas Behind the Music

Laura Buch is an editor of C. P. E. Bach: The Complete Works, a project of The Packard Humanities Institute. 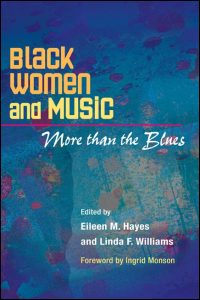 More than the Blues