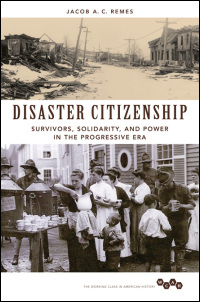 Survivors, Solidarity, and Power in the Progressive Era

The clash of reformers and survivors in the aftermath of catastrophe

A century ago, governments buoyed by Progressive Era–beliefs began to assume greater responsibility for protecting and rescuing citizens. Yet the aftermath of two disasters in the United States–Canada borderlands--the Salem Fire of 1914 and the Halifax Explosion of 1917--saw working class survivors instead turn to friends, neighbors, coworkers, and family members for succor and aid. Both official and unofficial responses, meanwhile, showed how the United States and Canada were linked by experts, workers, and money. In Disaster Citizenship, Jacob A. C. Remes draws on histories of the Salem and Halifax events to explore the institutions--both formal and informal--that ordinary people relied upon in times of crisis. He explores patterns and traditions of self-help, informal order, and solidarity and details how people adapted these traditions when necessary. Yet, as he shows, these methods--though often quick and effective--remained illegible to reformers. Indeed, soldiers, social workers, and reformers wielding extraordinary emergency powers challenged these grassroots practices to impose progressive "solutions" on what they wrongly imagined to be a fractured social landscape.

"Jacob A. C. Remes has shed new light over a broad terrain of Progressive Era historiography through this richly researched, sensitive, transnational comparison of the 1914 Salem, Massachusetts fire and the 1917 Halifax, Nova Scotia explosion."--New England Quarterly

"An excellent historical study rooted in high quality research. Remes' management of the two case studies successfully supports his central arguments relating to the state, the people, and ways of forming citizenship at times of crisis and relief, and his methodologies encourage us to look at disasters, both past and present, in new ways."--Labour/Le Travail

"Disaster Citizenship is an impressive accomplishment that offers a great deal to those interested in social history, the history of the working class, the history of progressivism, urban history, state building in the Progressive Era, the US-Canada borderlands, and comparative approaches to the study of history."--H-Net Review

"Remes's excellent and engaging book contributes to long-running debates about the nature of working-class life, to more recent discussions of transnational progressive reform and state-society relations and to current conversations--both popular and scholarly--about events such as Hurricanes Katrina and Sandy."--Labor: Studies in Working Class History

"Remes' impressive research demonstrates throughout that even though the actions of working-class people drew on tight social bonds and a deep reservoir of local knowledge, their behavior was often illegible to the ascendant class of relief managers and government experts."--Journal of American History

"Remes is among the vanguard of the new disaster historians, motivated by the twenty-first century wave of disasters to search out antecedents that help us understand the formation of a modern state that 'manages' (or does not manage) disasters like Hurricane Katrina. . . . A tour de force of method for the new disaster history, and hopefully a portent of things to come in this emerging field."--American Historical Review

"This is a thoughtful, robust work of history, exactly the kind of study that we need to revitalize the history of working people."--Canadian Historical Review

"A striking juxtaposition of the hierarchical order of experts and vernacular order created by victims themselves, Remes's finely grained comparison of two major turn-of-the-century disasters in Halifax and Salem represents a major contribution to our understanding of the dynamics and effects of spontaneous order in a crisis. Meticulously researched, gripping, and important."--James C. Scott, author of Seeing Like a State: How Certain Schemes to Improve the Human Condition Have Failed

"In his meticulously researched and intelligently argued book, Disaster Citizenship, Jacob Remes has advanced and perfected the kind of deep social history pioneered by Herbert Gutman and Linda Gordon in their studies of working people’s lives. More than any other historian writing in this tradition, Remes has revealed the power of the informal networks and solidarities that existed in poorer communities, particularly during disasters, and he has highlighted the ways agents of state intervention failed to understand these strengths and their democratic significance. Scholars will find in this excellent study a model of transnational history and other readers, especially officials in charge of disaster relief, will discover a new way of thinking about the people they are attempting to 'rescue.'"--James Green, author of The Devil Is Here in These Hills: West Virginia’s Coal Miners and Their Battle for Freedom

"Disaster Citizenship provides a rich, original, and sensitive account of responses to two urban catastrophes, the Great Salem Fire (1914) and the 1917 Halifax explosion. Remes sets a new standard for transnational continental history as the everyday solidarity of working people is contrasted with the progressive state, civic institutions, and emergent welfare professionals."--Suzanne Morton, author of Wisdom, Justice, and Charity: Canadian Social Welfare through the Life of Jane B Wisdom, 1884–1975

Jacob A. C. Remes is an assistant professor of public affairs and history at the Metropolitan Center of SUNY Empire State College. He is a winner of the Herbert G. Gutman Prize from the Labor and Working-Class History Association and the Eugene A. Forsey Prize from the Canadian Committee on Labour History. 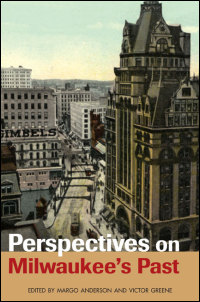