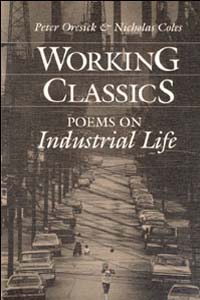 From the cannery rows of California to the sweatshops of New York, this anthology of poems captures the drama of work and working-class life in industrial America. It speaks of rolling mills, mine shafts, and foundries, and of a people who dig coal, tap blast furnaces, sew shirts, clean fish, and assemble cars. These subjects, though largely absent from literary anthologies and textbooks, are increasingly evident in the work of contemporary poets. Working Classics gathers the best and most representative of these poems, American and Canadian, from 1945 to the present.