The complex causes and effects of television's changing portrayal of women

In the 1990s, American televison audiences witnessed an unprecedented rise in programming devoted explicitly to women. Cable networks such as Oxygen Media, Women's Entertainment Network, and Lifetime targeted a female audience, and prime-time dramatic series such as Buffy the Vampire Slayer, Judging Amy, Gilmore Girls, Sex and the City, and Ally McBeal empowered heroines, single career women, and professionals struggling with family commitments and occupational demands. After establishing this phenomenon's significance, Amanda D. Lotz explores the audience profile, the types of narrative and characters that recur, and changes to the industry landscape in the wake of media consolidation and a profusion of channels.

Employing a cultural studies framework, Lotz examines whether the multiplicity of female-centric networks and narratives renders certain gender stereotypes uninhabitable, and how new dramatic portrayals of women have redefined narrative conventions. Redesigning Women also reveals how these changes led to narrowcasting, or the targeting of a niche segment of the overall audience, and the ways in which the new, sophisticated portrayals of women inspire sympathetic identification while also commodifying viewers into a marketable demographic for advertisers.

"This is an interesting and in-depth assessment of television's changing portrayal of female characters in comedy and drama."--Communication Booknotes Quarterly

"Redesigning Women: Television after the Network Era offers a welcome contribution to the study of US television in terms of the impact that the changing institutional environment has had on programme production and on the proliferation of female-centered dramas about and for women. Focusing on the way in which competition for a similar audience demographic can result in 'innovative' rather than 'derivative' programming, Lotz's study can be viewed as an important starting point from which to develop work that offers more detailed assessments of series within a particular institutional and historical context."--Screen

"Redesigning Women provides a highly sophisticated, expertly handled explication of the social and industrial conditions surrounding the emergence of female-centered dramatic series in the late 1990s. . . . Lotz's earnest argumentation and evocative writing style make Redesigning Women an engaging, convincing read and significant research tool for scholars interested in the industrial production of media texts, particularly those that contribute to the always-evolving cultural canon of women's representations."--Jhistory

Amanda D. Lotz is an assistant professor of communication at the University of Michigan. She has contributed to the Encyclopedia of Television, 2nd ed., and other books and journals. 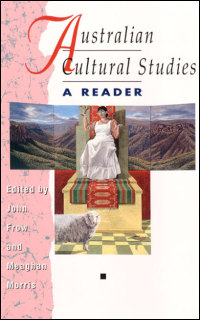