In the aftermath of Japan's attack on Pearl Harbor and the systematic exile and incarceration of thousands of Japanese Americans, the National Japanese American Student Relocation Council was born. Created to facilitate the movement of Japanese American college students from concentration camps to colleges away from the West Coast, this privately organized and funded agency helped more than 4000 incarcerated students pursue higher education during World War II.

Allan W. Austin examines the council's work and the challenges it faced in an atmosphere of pervasive wartime racism. He also reveals the voices of students as they worked to construct their own meaning for wartime experiences under pressure of forced and total assimilation. Austin argues that the resettled students succeeded in reintegrating themselves into the wider American society without sacrificing their connections to community and their Japanese cultural heritage.

"[From Concentration Camp to Campus] offers an extraordinarily detailed look at how the [National Japanese American Student Relocation Council] was formed, the internal battles fought by its members, the relationship of the council to both government officials and college administrators, and the process the council employed to select--and often find funding for--Japanese American students."--Journal of American History

"Austin is to be commended for his careful analysis of the Council's and the American Friend Service Committee's records and his superb blending of institutional history with personal accounts by students, all of which cover aspects of the student resettlement not found in previous works."--American Historical Review

"Through an effective blend of scholarly research and personal stories, and not only tracing what happened but why, what could have been a dry history becomes a fascinating study with great relevance."--Multicultural Review

Allan W. Austin is a professor of history at Misericordia University. He is the author of Quaker Brotherhood: Interracial Activism and the American Friends Service Committee, 1917-1950. 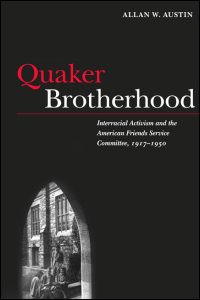 In Defense of Asian American Studies

The Politics of Teaching and Program Building