The history of unemployment and concepts surrounding it remain a mystery to many Americans. Frank Stricker believes we need to understand this essential thread in our shared past. American Unemployment is an introduction for everyone that takes aim at misinformation, willful deceptions, and popular myths to set the record straight:

Written for non-economists, American Unemployment is a history and primer on vital economic topics that also provides a roadmap to better jobs and economic security.

"Frank Stricker has done the nation an important service, wisely analyzing the history of unemployment and our attempts to redress this problem. By exposing our failures as well as our successes, he provides a badly needed template for action."--Robert Slayton, author of Empire Statesman: The Rise and Redemption of Al Smith

"A truly accessible explanation of what ails the U.S. economy accompanied by clear explanations of progressive solutions to these problems. I can think of no other book that even tries to cover this ground as comprehensively, with such easy-to-navigate chapters, and such easy-to-understand prose. If you can read a newspaper, you can understand this book. A joy to read, even when you disagree with the author, and a great discussion starter." --Philip L. Harvey, coauthor of America's Misunderstood Welfare State: Persistent Myths, Enduring Realities

Frank Stricker is a professor emeritus of history, interdisciplinary studies, and labor studies at California State University, Dominguez Hills. He is the author of Why America Lost the War on Poverty—and How to Win It. He is a member of the National Jobs for All Coalition/Network and a regular contributor on the organization’s web site. 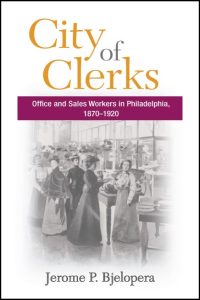