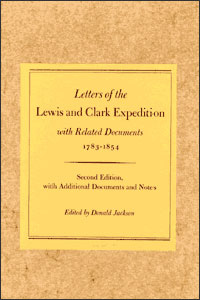 Letters of the Lewis and Clark Expedition, with Related Documents, 1783-1854

This beautiful two-volume, boxed set covers all aspects of the Lewis and Clark Expedition from its authorization and planning through Meriwether Lewis's violent death. A cornerstone of any library emphasizing the American West, Donald Jackson's splendid edition assembles letters, memoranda, and other documents of the expedition, providing detailed commentary and notes.

"Donald Jackson's prestigious Letters of the Lewis and Clark Expedition is equalled only by the original journals of the expedition in its standing as a premier reference concerning virtually every dimension of the exploring enterprise."--Irving W. Anderson, South Dakota History

"Jackson's masterpiece rates the highest praise. . . . No matter how deeply a Lewis and Clark student may have delved into the voluminous storehouse of the journals and subsequent books related to the historically monumental expedition, Jackson's Letters adds a treasure trove of previously unpublished material."--Hal G. Stearns, Montana

Donald Jackson was editor in chief of the University of Illinois Press from 1948 to 1968 and the author or editor of a number of important books on the history of the American West, including (with Mary Lee Spence) The Expeditions of John Charles Frémont. 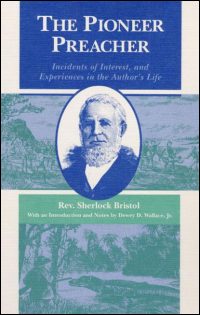 Incidents of Interest, and Experiences in the Author's Life