Flora Tristan (1803-44) was a leading nineteenth-century French social theorist and author who influenced the likes of Karl Marx and Friedrich Engels. Five years before the publication of The Communist Manifesto, Tristan urged French workers to put aside occupational and social rivalries in order to unite nationwide. Exhorting the workers to act through union (rather than violence) in quest for a livable minimum wage and other benefits, The Workers' Union outlines the methods for organizing such a union, the goals of the union, and the reason women's rights must be emphasized in forming it. Among Tristan's pathbreaking proposals are plans to provide laborers' children with increased access to education, to supply safe havens for young people and sick and injured workers, and to approach manufacturers and financiers, including those among the nobility, in order to support such programs.

"A revolutionary classic. . . . In France, Flora Tristan holds a position comparable to that of Mary Wollstonecraft in England and Margaret Fuller in the U.S.--as a pioneering radical feminist."--Industrial Worker

"As the first political analyst to call for an international union of workers (even before Marx) and as the first to link socialism and feminism, Tristan emerges as an important figure in nineteenth-century political and social history. . . . The Workers' Union allows students of women's history, working-class history, and European history to understand Tristan's unique role as a bridge between the utopian and scientific socialists, as a passionate advocate of Christian humanitarianism, and as a feminist who made women's rights a vital part of working-class programs for social reform."--Choice

"The breadth of Tristan's ideas as well as the theory and practical nature of them should make Tristan's volumes required reading alongside the works of the more famous nineteenth-century socialists."--Nineteenth-Century French Studies 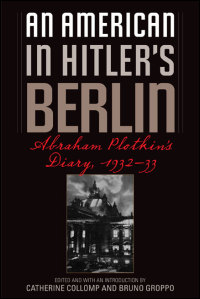 Edited and with an Introduction by Catherine Collomp and Bruno Groppo