From the late nineteenth century to the 1930s, antichinismo--the politics of racism against Chinese Mexicans--found potent expression in Mexico. Jason Oliver Chang delves into the untold story of how antichinismo helped the revolutionary Mexican state, and the elite in control of it, build their nation.

As Chang shows, anti-Chinese politics shared intimate bonds with a romantic ideology that surrounded the transformation of the mass indigenous peasantry into dignified mestizos. Racializing a Chinese Other became instrumental in organizing the political power and resources for winning Mexico's revolutionary war, building state power, and seizing national hegemony in order to dominate the majority Indian population. By centering the Chinese in the drama of Mexican history, Chang opens up a fascinating untold story about the ways antichinismo was embedded within Mexico's revolutionary national state and its ideologies.

Groundbreaking and boldly argued, Chino is a first-of-its-kind look at the essential role the Chinese played in Mexican culture and politics.

"Chino is a highly accessible and engaging discussion of a little-known aspect of Mexican history." --Ethnic and Racial Studies

"Historians of Mexico would do well to seriously consider what Chang has to say. How a society treats small and vulnerable minorities can tell us a lot about the society as a whole, and Chino should be read with that thought in mind." --Hispanic American Historical Review

"Original in scope, rigorously researched and analytically sound, Jason Chang's Chino: Anti-Chinese Racism in Mexico, 1880-1940 will be a foundational text for future research on racial formations in Mexico and the Americas, Chinese history in the region, and transnational Asian American Studies."--Rudy P. Guevarra Jr., author of Becoming Mexipino: Multiethnic Identities and Communities in San Diego

"Jason Chang offers fresh insight into the cause of anti-Chinese racism in Mexico and the central role it played in Mexican culture and politics. Chino is a both an important and unique contribution to the growing body of scholarship on the Chinese in Mexico. Digging deep into the archival record and employing an intersectional analysis, Chang demonstrates the depth, breadth, and complexity of anti-Chinese racism most fully. He shows how racial discourse in Mexico constantly linked Chinese immigrants and Indians together in ways to shape a new Mexican national identity and turn Mexico into a modern racial state. Both scholars of modern Mexico and of Asians in the Americas will want to read this path-breaking book. And anyone interested in comparative racial formation will gain valuable insight into the history and practice of racial domination. Chang helps us understand the complex workings of race in new ways."--Erika Lee, author of The Making of Asian America: A History

"Jason Chang's proposition that Mexican national identity is created on the back of images and discourses of the Chinese is well-argued and creatively researched. His novel 'new mestizo studies' situates ideas about race, ethnicity, and in-betweenness within the broader Americas and thus is a critical text for multiple fields of inquiry."--Jeffrey Lesser, author of Immigration, Ethnicity, and National Identity in Brazil, 1808 to the Present

Jason Oliver Chang is an assistant professor of history and Asian American studies at the University of Connecticut. 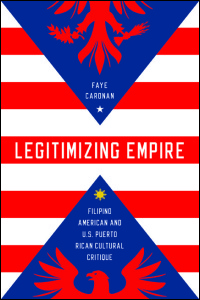