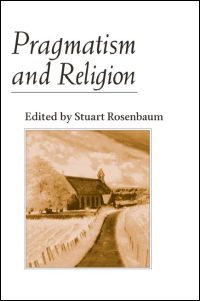 This distinctive collection of classical and contemporary readings comes at a time when pragmatism is undergoing a renaissance across a spectrum of disciplines. Pragmatism and Religion addresses an important but overlooked issue: whether or not the deep passions and commitments of American pragmatism's central figures are independent of Western religious traditions.

Part 3, "Theism, Secularism, and Religion: Seeking a Common Faith" includes Raymond D. Boisvert's "What Is Religion?" Sandra B. Rosenthal's "Spirituality and the Spirit of American Pragmatism," Carl Vaught's "Dewey's Conception of the Religious Dimension of Experience," and Steven C. Rockefeller's "Faith and Ethics in an Interdependent World," among others.

Stuart Rosenbaum's contemporary contributors are among the best in the fields of pragmatism and pragmatism in religion. A unique resource, Pragmatism and Religion will serve students of religion, history, and philosophy, as well as those in interdisciplinary core courses.

"It will at last be recognized that Stuart Rosenbaum belongs among a handful of interpreters and editors in the classical American philosophical tradition whose work is not only historically sophisticated but also subtle, sympathetic and, most important, accessible to exactly those whose lives are most affected by the problems under discussion. Rosenbaum has for decades clarified pressing moral issues for thousands of undergraduates; for more than a decade he has been a careful student of American pragmatism within the troubled but important American Protestant intellectual world. In Pragmatism and Religion it all comes together: careful editing, Rosebaum's guiding compass, and an outstanding combination of original source material and contemporary commentary. Indispensable for any American student of theology or philosophy, this book also belongs on the shelf of every top scholar with an interest in the role of religion in America, alongside, for example, Harold Bloom's recent work and the pivotal, one-hundred-year-old writings of Dewey and James themselves. A classic."--Glenn McGee, editor of Pragmatic Bioethics

"This volume addresses an issue that is both timely and important, namely, to what extent can pragmatism––whose central claim is that the meaning of ideas lies in their practical consequences––be consistent with religious faith. It will be an invaluable resource to anyone interested in the philosophy of religion."--Larry Hickman, author of John Dewey's Pragmatic Technology

Stuart Rosenbaum is a professor of philosophy and the director of graduate studies in philosophy at Baylor University. He is the editor or coeditor of more than a dozen books, including Hatred, Bigotry, and Prejudice: Definitions, Causes, and Solutions and The Ethics of Abortion. 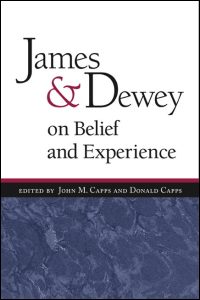