How did the past feel?

From the softest caress to the harshest blow, touch lies at the heart of our experience of the world. Now, for the first time, this deepest of senses is the subject of an extensive historical exploration. The Deepest Sense: A Cultural History of Touch fleshes out our understanding of the past with explorations of lived experiences of embodiment from the Middle Ages to modernity. This intimate and sensuous approach to history makes it possible to foreground the tactile foundations of Western culture--the ways in which feelings shaped society.

Constance Classen explores a variety of tactile realms including the feel of the medieval city; the tactile appeal of relics; the social histories of pain, pleasure, and affection; the bonds of touch between humans and animals; the strenuous excitement of sports such as wrestling and jousting; and the sensuous attractions of consumer culture. She delves into a range of vital issues, from the uses--and prohibitions--of touch in social interaction to the disciplining of the body by the modern state, from the changing feel of the urban landscape to the technologization of touch in modernity.

Through poignant descriptions of the healing power of a medieval king's hand or the grueling conditions of a nineteenth-century prison, we find that history, far from being a dry and lifeless subject, touches us to the quick.

“Provides a nuanced and informative narrative on how humanity's relationship with touch has changed throughout history.”--Publishers Weekly

"Classen's lush descriptions provide an excellent underscoring of her exploration of this intimate sense."--Library Journal

"Classen is a veteran at telling sensory histories, with a deft touch. . . . A major appeal of Classen's new book is her account of the Industrial Revolution."--The Chronicle Review

"Constance Classen knows the historiography (and anthropology) of the senses better than nearly everyone else. . . . The Deepest Sense is fresh, lively, and provocative."--Journal of Social History

"Classen eloquently argues that touch is the deepest sense not only because its cultural meanings stretch into the distant past but also because its social meanings remain embedded within core concepts of modernity. . . . Classen shows that the history of touch is itself reflexive: although they can be only be inferred from sources, these once palpable embraces tell the history of the very deepest connections between us."--American Historical Review

"The Deepest Sense breaks new ground not only by focusing on the long history of the sense of touch from the Middle Ages to the modern period, but also by drawing the tactile into a number of important historical conversations, such as medieval consmology, animal-human interactions in the premodern and modern periods, and museology and the aesthetics of touch. This is a wise book, filled with fascinating observations, from which every reader will learn a great deal."--Richard Newhauser, coeditor of Pleasure and Danger in Perception: The Five Senses in the Middle Ages and the Renaissance (special issue of The Senses and Society)

Constance Classen is an award-winning writer and researcher based in Montreal, Canada. Her other books include Worlds of Sense: Exploring the Senses in History and Across Cultures, The Color of Angels, and the anthology The Book of Touch. 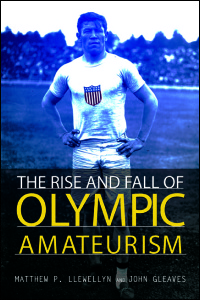 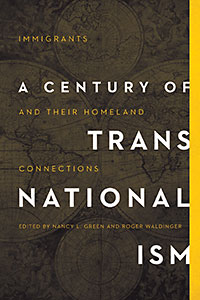 A Century of Transnationalism

Immigrants and Their Homeland Connections