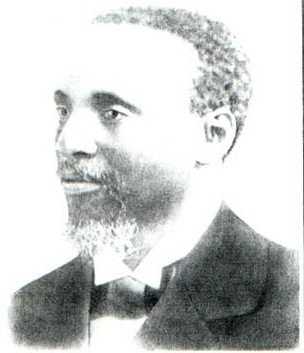 Anténor Firmin (1850-1911) was a Haitian scholar whose De l’égalité des Races Humaines (Anthropologie Positive) in 1885 (Paris) was a response to European racialist and racist thought in the nineteenth century. The book was discovered in my anthropology of race and racism class, was recovered, and translated by Asselin Charles and introduced by us for the first time in English as The Equality of the Human Races (2000). In 2002 the University of Illinois Press published a paperback edition.

In his chapter “The Role of the Black Race in the History of Civilization”  he writes the following after an admiring bow acknowledging the American abolitionist, Wendell Phillips’ praise and analysis of Haiti’s defeat of the slave system and its influence on the abolition of slavery in the US.

Appearances to the contrary, this big country is destined to strike the first blow against the theory of the inequality of the human races. Indeed, at this very moment, Blacks in the great federal republic have begun to play a prominent role in the politics of the various states of the American union. It seems quite possible that, in less than a century from now, a Black man might be called to head the government of Washington and manage the affairs of the most progressive country on earth, a country which will inevitably become, thanks to its agricultural and industrial production, the richest and most  powerful in the world. These are not utopian musings. We only have to consider  the increasing participation of Blacks in American society to cast aside our skepticism. Besides, we must remember that slavery in the United States was abolished only twenty years ago.

Firmin dedicated his book both to Haiti, and to the Black race. He wrote in the dedication his hope that the book “may inspire in all of the children of the Black race around the world the love of progress, justice, and liberty. In dedicating this book to Haiti I bear them all in mind, both the downtrodden of today and the giants of tomorrow.” It seems he had in mind a man whose reality today would have been difficult to conjure in 1885, but there is no doubt that he would recognize President Barack Hussein Obama as one of the “giants of tomorrow.”

Carolyn Fluehr-Lobban is a professor of anthropology at Rhode Island College. She wrote the introduction to The Equality of the Human Races by Antenor Firmin, translated by Asselin Charles (University of Illinois Press, 2002).