From now until June 30th we are lowering the eBook list price of four titles in the University of Illinois Press catalog to $2.99. Link to the buy options below.

Twentieth Century Drifter: The Life of Marty Robbins by Diane Diekman
Recent winner of the Belmont Country Music Book of the Year Award! During his three decades as a country music performer, Marty Robbins (1925-1982) placed 94 songs on Billboard’s country music charts, with sixteen number-one hits. In addition to two Grammy awards, he was also honored with the Man of the Decade Award from the Academy of Country Music in 1970. Drawing from personal interviews and in-depth research, biographer Diane Diekman delivers the first biography of this country music icon. Buy the Kindle version here. Buy the Kobo version here. Buy the NOOK version here.

Spirits of Just Men: Mountaineers, Liquor Bosses, and Lawmen in the Moonshine Capital of the World by Charles D. Thompson Jr.
Spirits of Just Men tells the story of moonshine in 1930s America, as seen through the remarkable location of Franklin County, Virginia, a place that many still refer to as the “moonshine capital of the world.”  Drawing from extensive oral histories and local archival material, Charles D. Thompson Jr.  illustrates how the moonshine trade was a rational and savvy choice for struggling farmers and community members during the Great Depression. “A meticulous, exhaustive history of moonshining, poverty and Blue Ridge culture.”–Kirkus Reviews. Buy the Kindle version here. Buy the Kobo version here. Buy the NOOK version here. 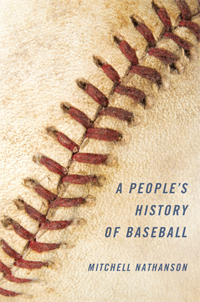 A People’s History of Baseball by Mitchell Nathanson
Mitchell Nathanson probes the less well-known but no less meaningful other side of baseball: episodes not involving equality, patriotism, heroism, and virtuous capitalism, but power–how it is obtained, and how it perpetuates itself. By offering a fresh perspective on the firmly embedded tales of baseball as America, a new and unexpected story emerges of both the game and what it represents. Nathanson’s take on baseball’s racial integration that began with Jackie Robinson reveals the debilitating effects of the harsh double standard that resulted, requiring a black player to have unimpeachable character merely to take the field in a Major League game. Buy the Kindle version here. Buy the Kobo version here. Buy the NOOK version here.

Becoming Ray Bradbury by Jonathan R. Eller
Becoming Ray Bradbury chronicles the making of an iconic American writer by exploring Ray Bradbury’s childhood and early years of his long life in fiction, film, television, radio, and theater. Unprecedented access to Bradbury’s personal papers and other private collections provides insight into his emerging talent through his unpublished correspondence, his rare but often insightful notes on writing, and his interactions with those who mentored him during those early years. “Every page is packed with fascinating material about one of this country’s most beloved writers.”–Michael Dirda, Washington Post. Buy the Kindle version here. Buy the Kobo version here. Buy the NOOK version here.