All Posts   »   Welcome back Ebertfest 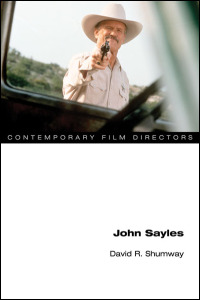 To celebrate the 14th annual Roger Ebert’s Film Festival taking place this week at the Virginia Theater in Champaign, our New Books section is highlighting the four latest titles in our Contemporary Film Directors Series.

For the second year in a row the Ebertfest gift bags will include complimentary copies of two recent books. VIPs, we hope that you enjoy Richard Linklater and John Sayles.