All Posts   »   The Recession and Golf by George B. Kirsch 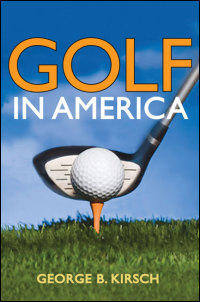 What impact has the current recession had on golf at country clubs and at public daily fee and municipal courses? What lessons might we learn from the experience of golfers who patronized private clubs or public links during the Great Depression? The Boston Globe recently reported that the Golf Club of Cape Cod in Falmouth, Massachusetts, and other upscale associations have responded to declining membership by waiving their pricey admission fees for new members. Other clubs have offered trial one-year memberships or delayed or extended payment of dues.  If the hard times continue, many country clubs will have to resort to other remedies applied during the 1930s, including admitting classes of people who would have been denied entrance during more flush times and creating less expensive “house” or “associate” categories of membership. Officers will also be hard pressed to maintain balanced budgets.

During the 1930s thousands of golfers who could no longer afford club dues patronized semiprivate and public facilities, which were generally in a sorry state of neglect. Today’s municipal courses are in better shape, but some could use sprucing up. It remains to be seen whether the Obama administration will include funds for renovation of municipal links in its proposed public works legislation. Under Franklin D. Roosevelt, during its first two years (1935-37) the Works Progress Administration spent more than ten million dollars on 368 public courses nationwide, including sixty-two new facilities. This year, infrastructure projects such as bridges, tunnels, highways, and mass transit as well as schools and other worthy construction projects deserve priority over recreational facilities. But a modest sum might still be allocated for parks and public golf courses. After all, spending a few hours on a well maintained, beautiful, and relatively inexpensive public course might provide a welcome diversion for unemployed golfers.

George B. Kirsch is professor of history at Manhattan College and author of the new book Golf in America.  More information on the topic above can be found in chapter 6, “Depression and War.”