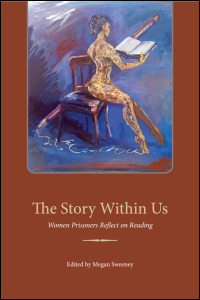 From the forthcoming University of Illinois Press book The Story Within Us: Women Prisoners Reflect on Reading (September 2012) edited by Megan Sweeney:

“While allowing Ku Klux Klan publications such as Negro Watch and Jew Watch, the Texas penal system has banned Toni Morrison’s novel, Paradise, on the grounds that it contains ‘information of a racial nature’ that seems ‘designed to achieve a breakdown of prisons through inmate . . . strikes or riots’ (Morrison letter 154). Penal officials fear that Morrison’s references to the KKK and the civil rights and Black Power movements will lead to a ‘breakdown of prisons,’ yet they argue that Klan publications do not threaten their ability to ‘maintain . . . order and security’ (Vogel 17).”